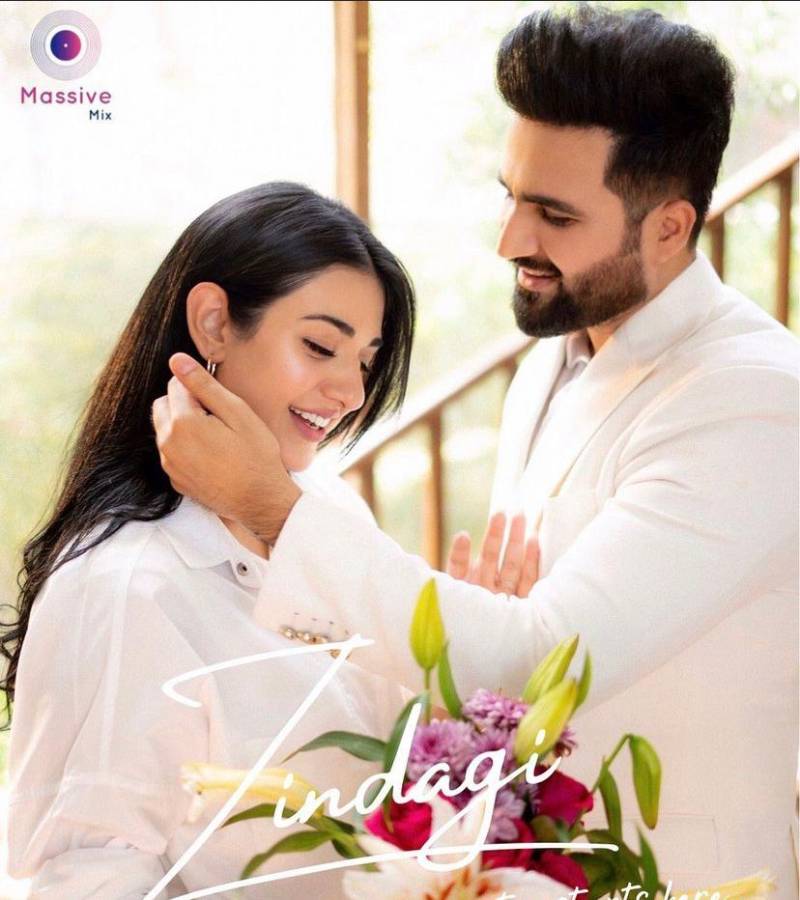 As the much-adored couple Sarah Khan and Falak Shabbir complete one year of togetherness, the duo is gearing to mark up their celebration with a song.

The couple's whirlwind romance doesn't seem to dim a bit like the much in love celebrity duo are still keen on exuding couple-goals to the world.

Their real-life romance is all set to create magic on screen as the duo is about to debut as a reel pair in Zindagi – a music video to be released on their first wedding anniversary.

Sharing some glimpses, Sarah and Falak shared breathtaking portraits where they look stunning in colour coordinated white trousseau. The Sabaat star beamed with happiness as she posed with a flower bouquet.

"#ZINDAGI launching worldwide on our first wedding anniversary on 16th of July!"

Earlier,  the celebrity couple were excited to make their fans a part of their celebration as the duo planned a surprise for them on the occasion of their first wedding anniversary.

Back in April, Khan confirmed that she is expecting her first child with her husband Falak Shabir.

On the work front, Sarah Khan’s blockbuster drama Raqs-e-Bismil came to an end this week. The drama's smashing conclusion was highly praised by fans and critics.

Sarah Khan and Falak Shabbir's whirlwind romance started with a dreamy proposal followed by a lavish wedding. Ever ...