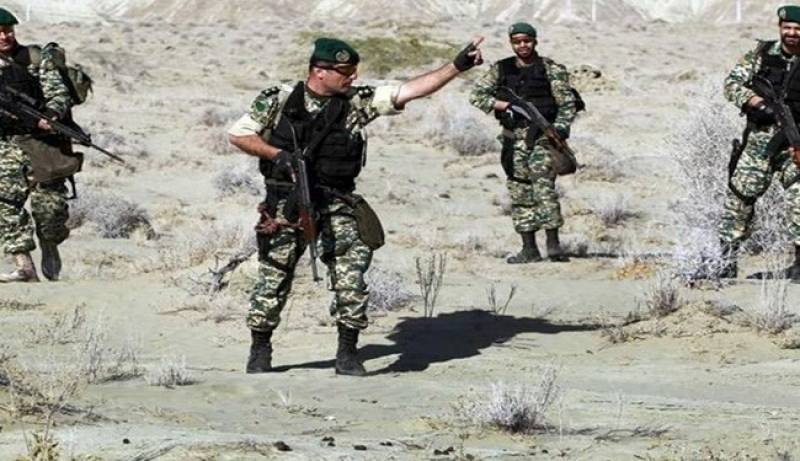 TEHRAN - Iranian Intelligence Minister Mahmoud Alavi has said that two terrorists were killed and five others arrested by the security forces in Sistan-and-Baluchistan province's Chabahar city on Wednesday.

He said that two of the arrested were from a "neighbouring country".

A member of Iran's Intelligence Ministry forces also lost his life during the clashes in Chabahar.

"A group of seven terrorists who wanted to attack a barracks in Chabahar (in Sistan-Baluchistan province) was dismantled on Wednesday," Intelligence Minister Mahmoud Alavi said, quoted by the official news agency IRNA.

"Five people, including two nationals from a neighbouring country, were arrested and two others were killed. Unfortunately, an intelligence agent was also killed," he added.

A second "terrorist group" was broken up in Iranian Kurdistan in the nnorth-west Alavi said, without elaborating.

"Saudi Arabia is sponsoring terrorist groups in Iran," he said.

Tensions between the regional rivals flared after twin attacks on June 7 on the parliament and the shrine of revolutionary leader Ayatollah Ruhollah Khomeini in Tehran in which 17 people were killed.

The IRNA news agency quoted a source as saying that the terrorists belonged to the so-called Ansar al-Furqan group.

The forces also seized a number of explosive and ammunition from the terrorists.

This comes after last week's terror attacks in Tehran in which 17 people were killed and over 50 others injured.

Sistan-Baluchistan province, which borders Afghanistan and Pakistan, has seen repeated attacks by Sunni militants against the security forces of mainly Shiite Iran.