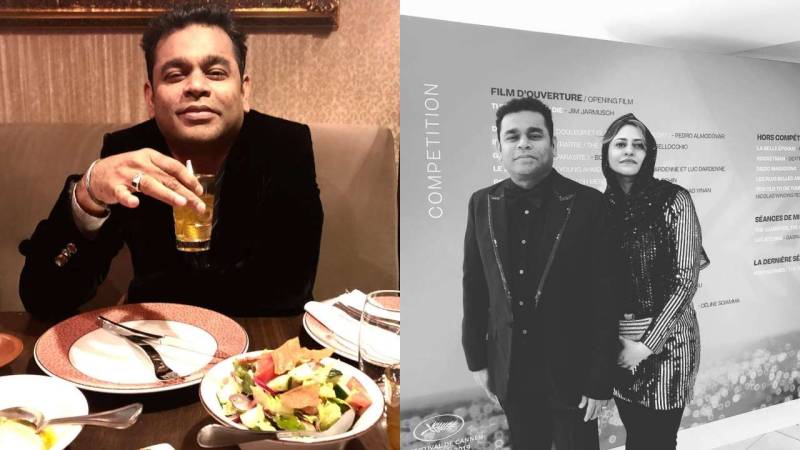 CANNES - Grammy and Oscar-winning musician AR Rahman broke his Ramadan fast and had his iftar dinner at Cannes 2019.

Rahman is in France to promote his directorial Le Musk (India’s first virtual reality film) presented by Intel at the Cannes Film Festival. He took to Instagram, where he posted several photographs of himself. At Cannes, he broke his fast at 8:51 pm.

MUMBAI - AR Rehman is a masterclass artist of the Bollywood film industry. The music maestro that has established ...

In one image, Rahman is seen sitting and holding a glass of apple juice and a plate of salad kept on the table. He captioned the image: “8:51 pm iftaar”. Iftar breaks the daily fast of Ramadan for Muslims around the world.

Check out the picture here:

Not so long ago, while having an interview with media person, Rahman had spoken about his faith in Islam and said, “It’s not about converting to Islam, it’s about finding the spot and seeing whether it presses the button in you. The spiritual teachers, the Sufi teachers, taught me and my mom things that are very, very special. There are special things in every faith, and this is the one we chose. And we stand by it.”

MUMBAI - Acclaimed Indian singer A R Rahman has responded to the criticism he received for ‘his daughter’s face ...

Prayer has been extremely beneficial. It has saved me from many falls. In between prayers, I think, ‘Oh, I have to pray, so I can’t do this mischief’. People from other faiths do the same thing and are peaceful too. For me, this works”, he added.

This year as well, Cannes will witness the glamour and glitz with Indian celebrities such as Sonam Kapoor, Kangana Ranaut, Mallika Sherawat, Deepika Padukone, Aishwarya Rai Bachchan stealing the show at the red carpet.

Have a blessed Ramazan everyone!