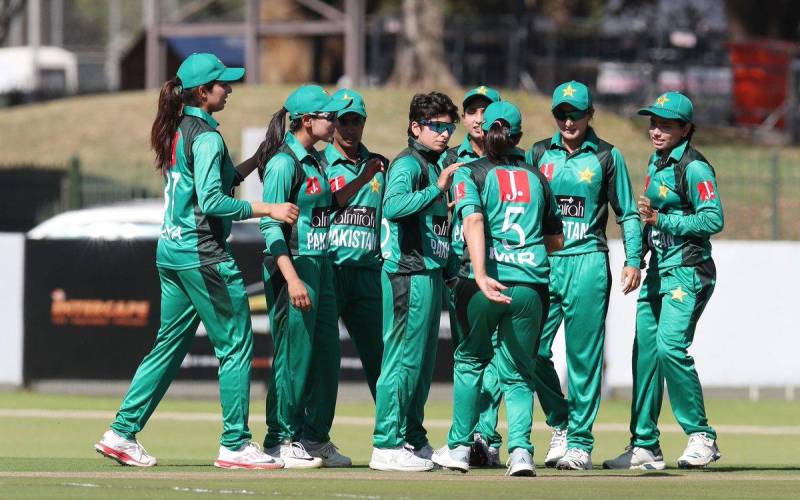 LAHORE – All-rounder Nida Dar scored a half-century and took two wickets to lead Pakistan to a seven wicket win against South Africa in the first T20I match played at LC de Villiers Oval in Pretoria, South Africa on Wednesday, Pakistan have taken a 1-0 lead in the five-match series.

The Gujranwala-born Nida, who was named player of the match, followed an impeccable opening spell by Sana Mir to take two wickets as South Africa were restricted to 119 for seven in their 20 overs, said the information made available by the Pakistan Cricket Board.

With the bat, Nida added 89 runs for the third wicket with captain Bismah Maroof to guide Pakistan home with two overs to spare. 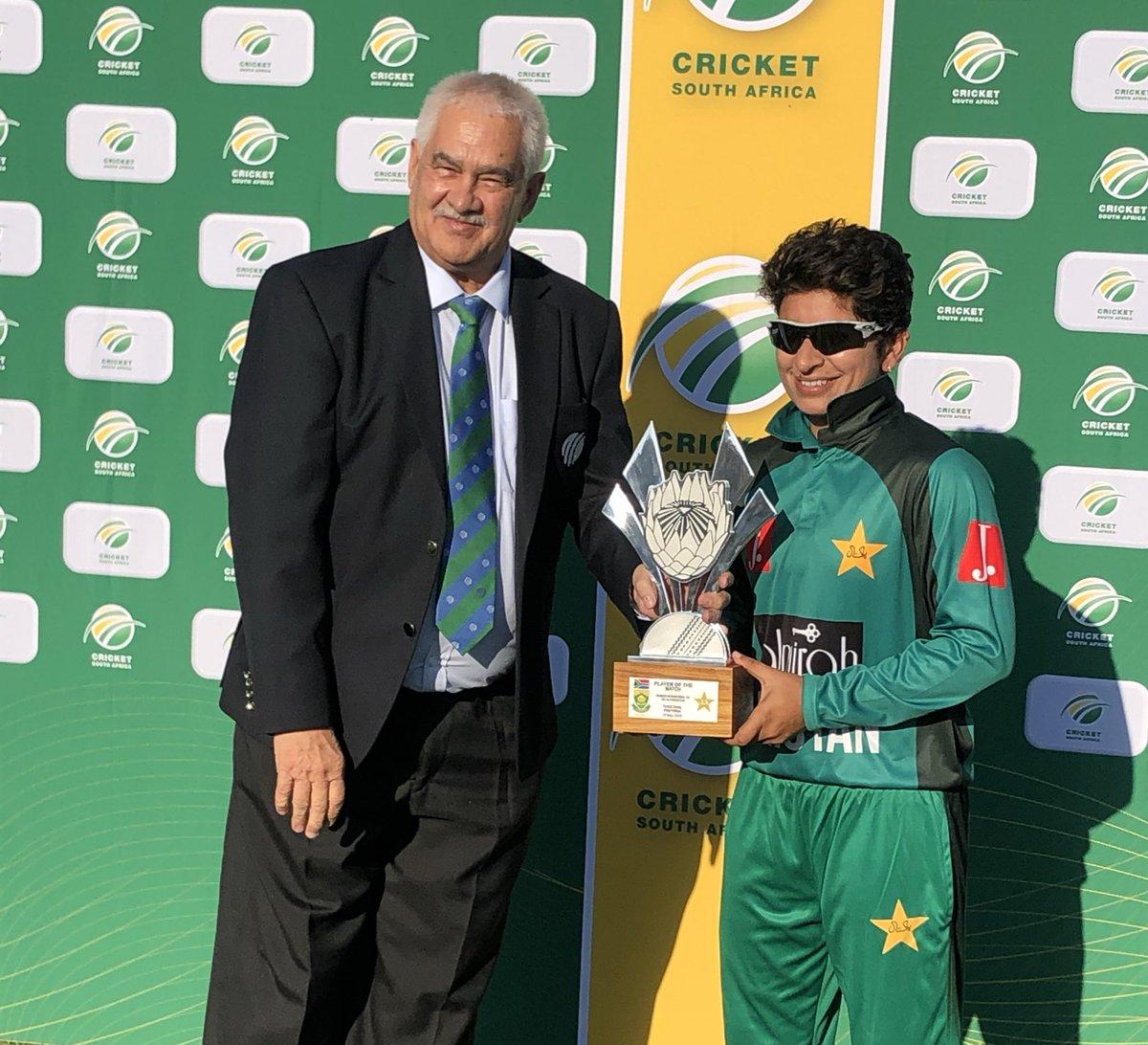 Sana Mir who took four wickets in Pakistan's first-ever ODI win in South Africa last week, produced another brilliant spell of off-spin bowling to derail the hosts batting line-up after they were asked to bat first by Bismah.

Sana, the highest wicket-taking spinner in ODIs, made a remarkable start with two wickets in her first over.

LAHORE – Pakistan off-spinner Sana Mir has become the most successful women's ODI spinner in history after she took ...

Sana trapped opener Lizelle Lee lbw for nought on the second ball of the match and followed that with the wicket of the other opener Tazmin Brits three balls later, Brits was caught behind by wicketkeeper Sidra Nawaz, she also failed to score.

Pakistan bowlers continued to make inroads as South Africa were reduced to 61 for six after 14 overs. A 54-run partnership for the seventh wicket between Chloe Tryon (43) and Shabnim Ismail (20 not out) took the score to 115 in the final over, South Africa ended their innings at 119 for seven.

Nida provided great support to Sana, the off-spinner took two wickets for 30 runs in her four overs, Aliya Riaz and Nashra Sandhu took a wicket each. 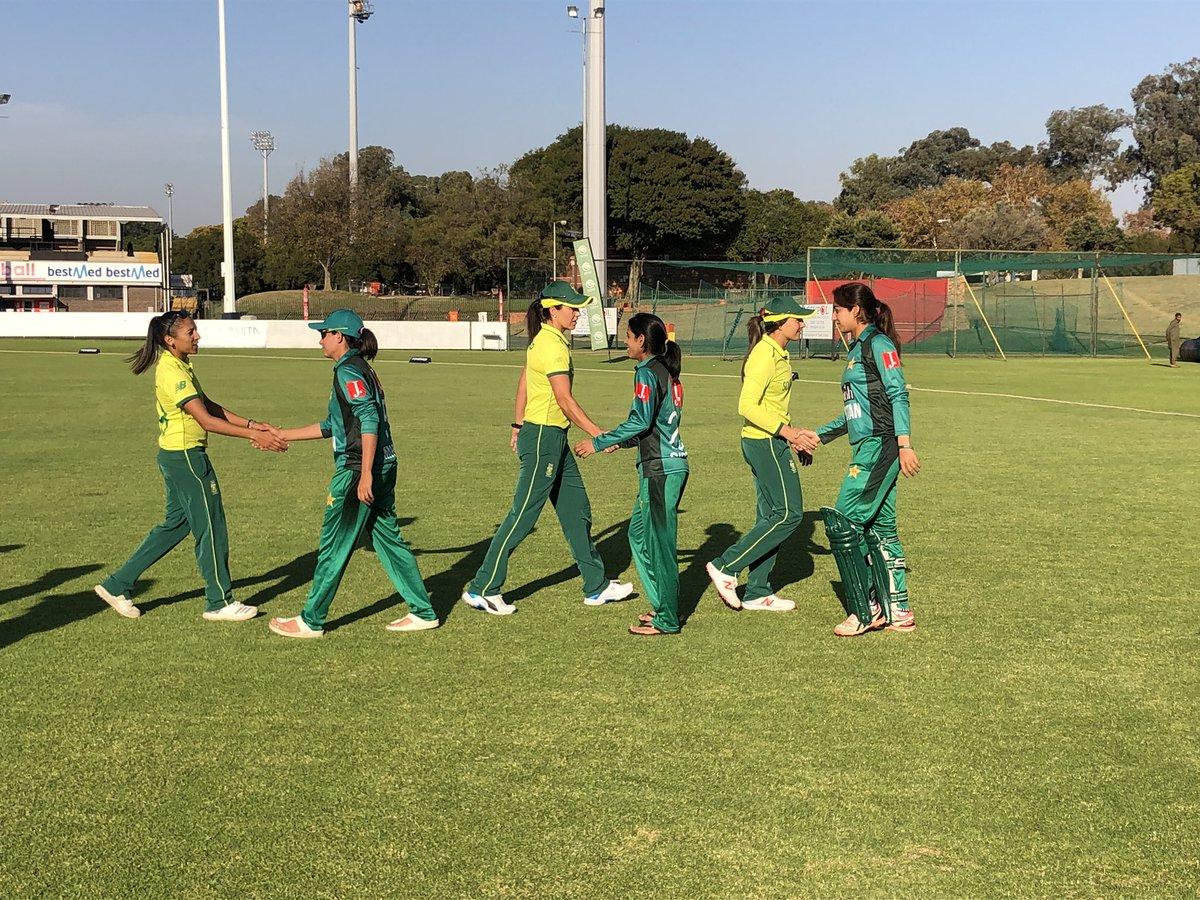 Pakistan lost two early wickets in the chase but the partnership between Nida and Bismah ensured that the visitors achieve the target with ease. Bismah scored an unbeaten 53 off 48 balls, her innings included four fours.

Nida who was the more aggressive of the two scored 53 off 37 balls, her innings included seven fours and two sixes. The second match of the five-match series will be played on Saturday, 18 May in Pietermaritzburg.

Player of the match: Nida Dar