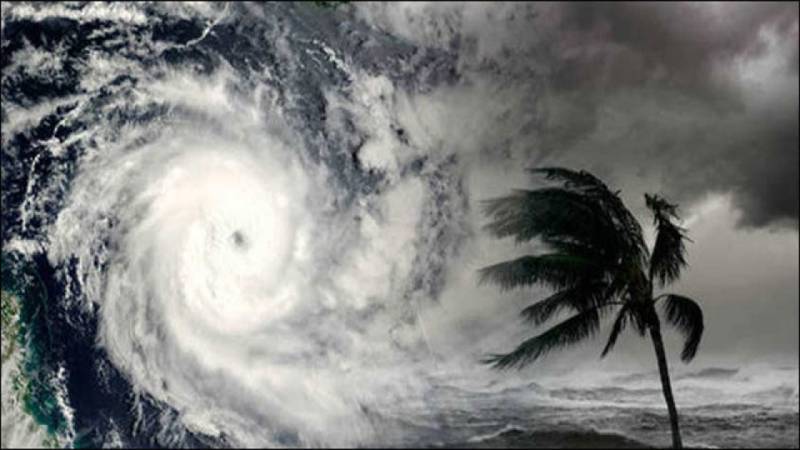 KARACHI – The depression over the Arabian Sea has intensified into a cyclonic storm and is likely to cause severe thunderstorms and gusty winds in parts of Sindh including the port city Karachi.

According to the Pakistan Meteorological Department alert, heavy rainfall and gusty winds in part of Sindh are expecting between May 17 (Monday) to May 20 (Thursday).

The first cyclone of 2021 (One-A) is organizing in the Arabian Sea. Cyclone #Tauktae will trek north along India's west coast producing heavy rains throughout. Preliminary landfall forecast is for Category 2 in far northwest India or southern Pakistan. https://t.co/qGdHTcDE3G pic.twitter.com/zRX1J9PR2q

An alert issued in this regard stated ‘Maximum sustained winds around the system center are 70-90kmph, gusting to 100kmph. The system is likely to intensify further into a severe cyclonic storm during the next 12-18 hours and move in a north-northwest direction and reach Indian Gujarat by the morning of May 18’. 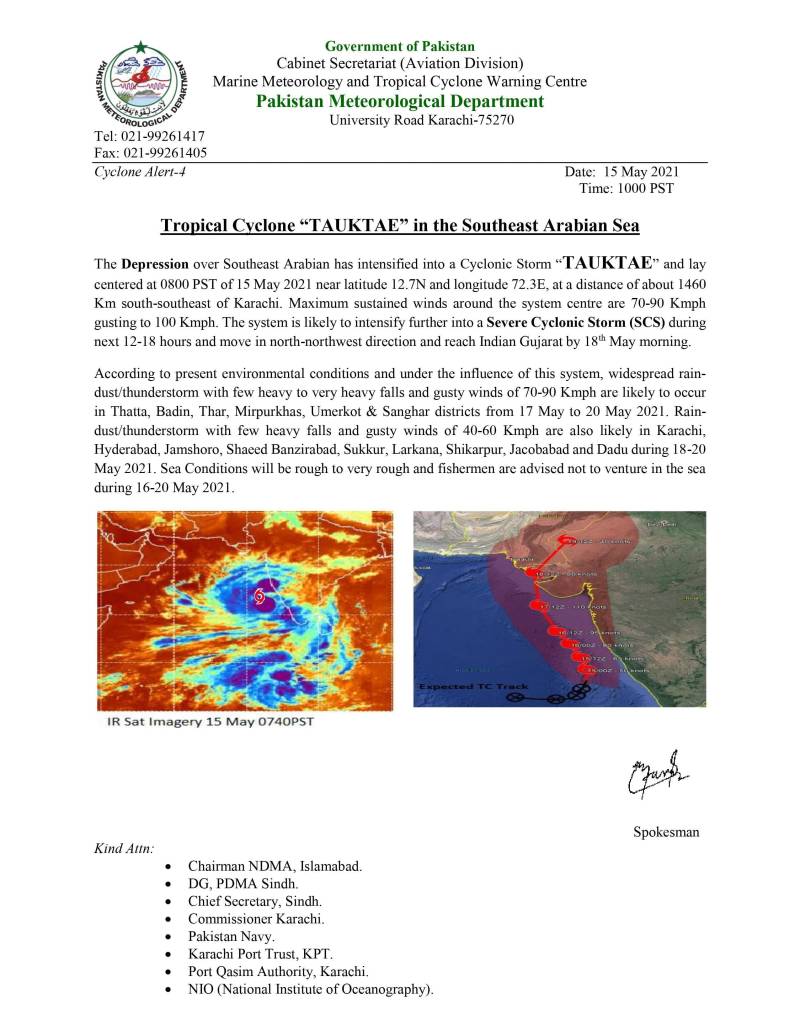 Adding that under the influence of this system, widespread rain dust/thunderstorms with few heavy to very heavy falls and gusty winds are likely to occur in Thatta, Badin, Thar, Mirpurkhas, Umerkot and Sanghar districts .

Karachi, Hyderabad, Jamshoro, Shaheed Benazirabad, Sukkur, Larkana, Shikarpur, Jacobabad, and Dadu are also expected to receive heavy rain dust/thunderstorm. Sea conditions will be rough to very rough and fishermen are advised not to venture in the sea during 16-20 May 2021, the alert further cited.

NEW DELHI - The death toll from severe cyclone Titli in India's eastern state of Odisha has risen to 57, local ...

This storm is said to be the first-named tropical cyclone of the year in the south asian region. A natural disaster like this couldn't have come at a worse time as the region is currently suffering from a Covid pandemic.