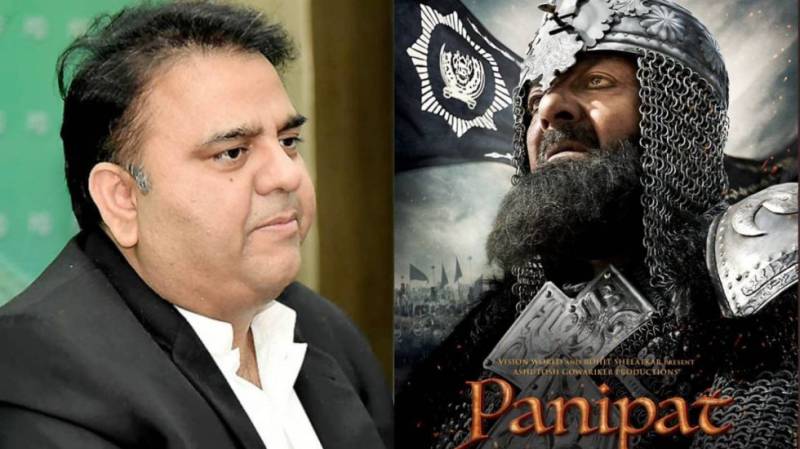 A lot of criticism has been hurled at Ashutosh Gowarikar directorial, which is based on the Battle of Panipat in Afghanistan. Many people have called out the film for its problematic portrayal of Muslim rulers.

Also, if the trailer is anything to go by, the film really couldn’t have come at a worse time (or day: 6 Dec, when Babri masjid was demolished) pic.twitter.com/GdtZsm1N7j

Responding to a tweet by Reema Omar who said that Bollywood continues to depict Muslim rulers/invaders as barbaric savages, Hussain responded and said “When idiots try to rewrite history under RSS influence this is minimum one should expect. Agay agay deikheiye hota hai kiya. A user blamed Bollywood’s period drama for promoting Islamophobia.

When idiots try to rewrite history under RSS influence this is minimum one should expect, agay agay deikheiye hota hai kiya..... https://t.co/IecnORvomx

Afghan embassy has also raised its concern over Ahmad Shah Abdali's portrayal in the film. Former Afghanistan ambassador to India Shaida Abdali has tweeted at Sanjay Dutt, "Sanjay ji, Indian films have played a major role in strengthening the India-Afghanistan relations. I hope Panipat has been made keeping in mind our cordial history."

Afghanistan Envoy Tahir Qadri has said that he has been in constant touch with the Indian government over the issue.

Dear @duttsanjay Ji: Historically, the Indian cinema has been extremely instrumental in strengthening the Indo-Afghan ties - I very much hope that the film “Panipat” has kept that fact in mind while dealing with this important episode of our shared history! https://t.co/8HKLei2ce1

The Third Battle of Panipat took place on 14 January 1761 at Panipat, about 97 km (60 miles) north of Delhi, between Maratha Empire and invading Afghan army of under the King of Afghans, Ahmad Shah Abdali.

The Afghan kings was supported by three Indian allies—the Rohillas Najib-ud-daulah, Afghans of the Doab region, and Shuja-ud-Daula-the Nawab of Awadh. The Maratha army was led by Sadashivrao Bhau. The battle has perhaps the largest number of fatalities in a single day reported in a classic formation battle between two armies.

What are your thoughts on the matter? Let us know in the comments.