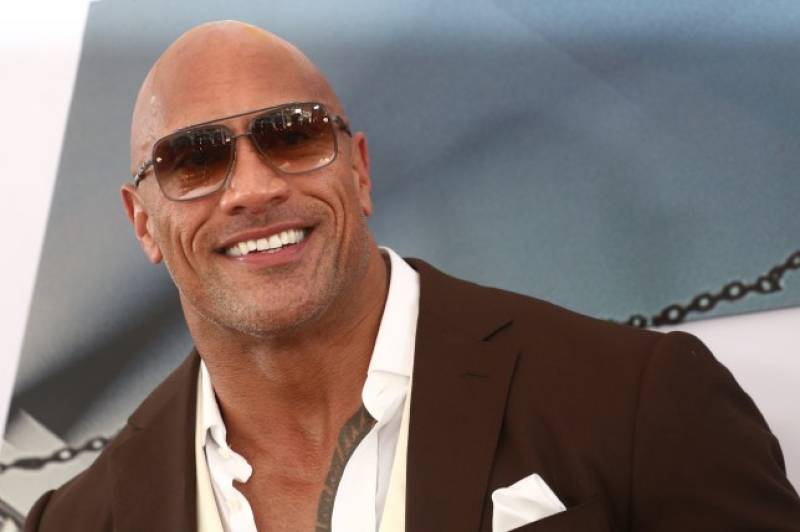 LOS ANGELES - Hollywood star Dwayne Johnson has become the victim of a death hoax once again after a fake news story circulated that he had been killed in a stunt gone wrong.

The actor and wrestler, 47, has yet to comment on the stories, but given that he was posting on his Instagram story about a fan gifting him a beaded version of one of his movie posters, fans can be assured he’s not posted from beyond the grave.

Goosebumps. My big ass smile is real, cos I feed off energy and this @ufc crowd BLEW THE ROOF off Madison Square Garden and embraced me as one of their own. And when I raised this BMF Title up high - the fans took the electricity to ANOTHER LEVEL. Insane. Thank you @danawhite, @ufc, all the fighters, coaches and especially the MMA fans for allowing me the honor to be part of your world. All love. All respect. See you down the road. Rock - People’s Champ #UFC244 #BMFTitle #MasvidalDiaz

The hoax story’s headline read: ‘BBC: Dwayne The Rock Johnson Dies at 47 after a terrible stunt attempted failed’, and quickly circulated around Facebook.

Despite using the BBC in the headline, the link would take users to a fake website rather than the legitimate news source, and there is no story about The Rock being dead on the BBC.

This isn’t the first time Dwayne has been the target of a death hoax – the Fast And Furious star was also declared dead by trolls in 2011 and 2014.

The actor and wrestler has been the victim of death hoaxes twice before (Picture: Getty Images) In 2011, he responded to the rumours on his Facebook page, telling fans: ‘Rumours of my death are false – I’m still “Bringin’ It” 24hrs a day, 7 days a week, 365 days a year – including leap year!’.

In 2014, hoaxers also claimed it was a stunt gone wrong that had been the end for Dwayne, falsely reporting: ‘Actor Dwayne Johnson died while filming a movie in New Zealand early this morning – June 10, 2014.