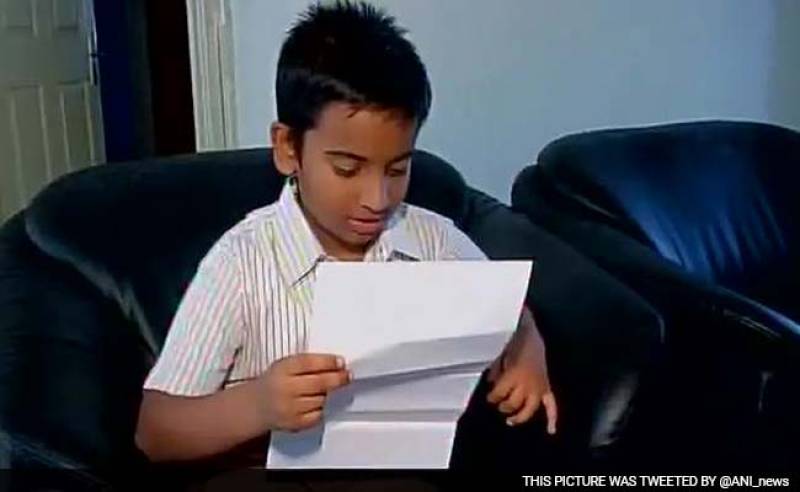 BENGALURU (Web Desk) - An 8-year-old boy from Bengaluru wrote to Prime Minister Narendra Modi about an incomplete flyover that was causing traffic pileups on his way to school, NDTV reported.

Abhinav Suresh, a class III student and resident of Doddabommasandra, Vidyaranyapura, takes 45 minutes to commute a distance of three km from his home to the National Public School in Yeshwanthpur.

In his letter to the Prime Minister, Abhinav indicated that the incomplete flyover over a railway crossing on the Outer Ring Road, near Goraguntepalya junction, was causing traffic jams.

"Because of the traffic jams, people's health will suffer and my studies are also affected," Abhinav told NDTV.

Within two weeks of having written the letter, Abhinav received a response from the Prime Minister's Office assuring appropriate action would be taken.

"I decided to write to the Prime Minister because he is an honourable man and can solve any issue," he said.

Abhinav's parents are extremely proud of their son and were surprised at the response to the letter.

"We are so proud of him and we're very glad he took the initiative to write the letter," Abhinav's mother told us.

Abhinav is currently busy with his exams, but he is sure that the bridge will soon be constructed.

"Definitely within a year," he said confidently.