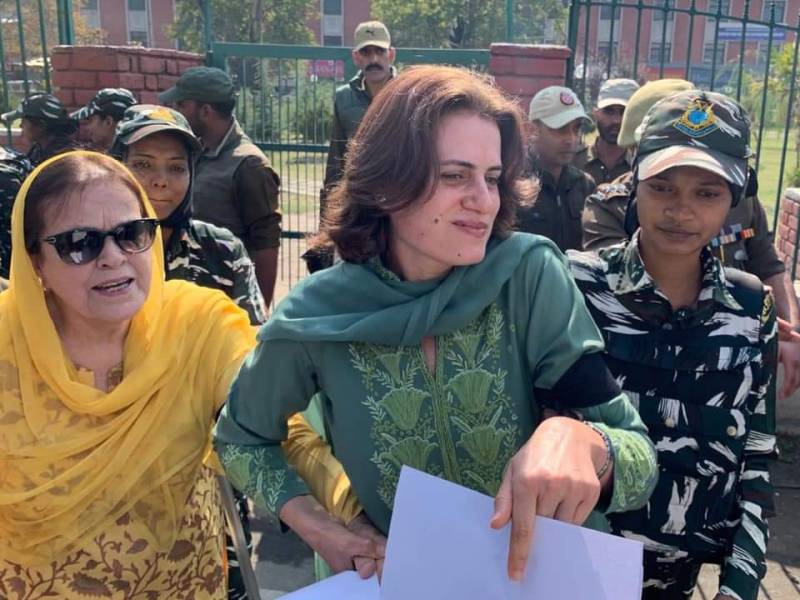 SRINAGAR – At least 12 women, including the sister and daughter of former Occupied Jammu and Kashmir Chief Minister Farooq Abdullah, were arrested by Indian police for holding anti-India protest on Tuesday.

According to details, a group of woman gathered at a park in Srinagar while carrying placard inscribed with slogans “ Respect Fundamental Rights” and “Why downgrade Jammu & Kashmir” .

The police took them to the police station as they took to the main business area of Lal Chowk.

It was a short glimpse of anger simmering in the occupied territory after the Indian government stripped special status of the Occupied Kashmir by revoking Article 370 and 35-A of Indian constitution.

According to Indian media, the people of occupied territory came down hard upon the lifting of ban on post paid phone calls.

Omar Abdullah and other political leaders including Mehboba Mufti are already in detention.

SRINAGAR – Life continues to remain paralyzed in the Occupied Jammu and Kashmir region on the 72nd straight day of ...