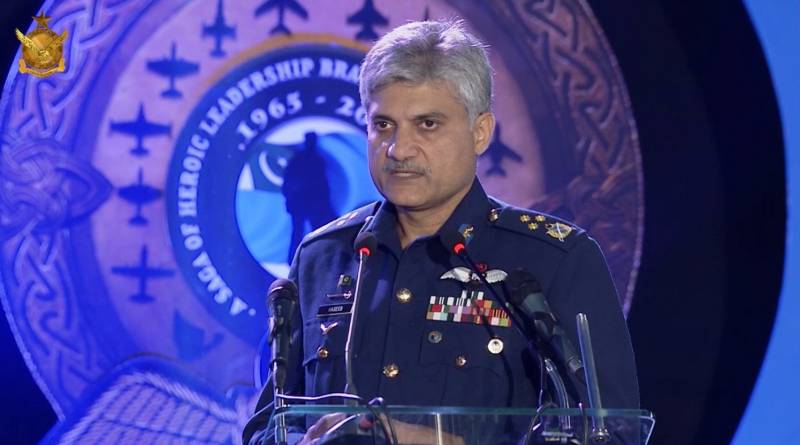 ISLAMABAD – For the first time since the two South Asian rivals engaged in a rare aerial dogfight earlier this year, the Pakistan Air Force (PAF) has presented its official version of how India faced a blow in February after Pakistan carried out 'Operation Swift Retort', schooling Indian air force what an actual surgical strike looks like.

"We [PAF] had planned at the end of 2018 about retaliation to any Indian misadventure in the future," said the Deputy Chief of Air Staff (Operations). "It [India's so-called surgical strikes] was never a surprise for us," he added.

He then shared that Pakistan had identified Indian aircraft at four different spots across the country on the night of February 26th.

"Only four of the fighter jets out of 20 could drop their payload inside Pakistan, damaging only a few trees and a crow, before being repelled back into their airspace," Air Marshall Paracha added.

The PAF officer continued that it was the directives of the political leadership that Pakistan needed to avoid war as it is a responsible country.

"Not to respond was not an option, it was a compulsion on us," said Paracha, adding that only the details were discussed in a meeting after the botched Indian strikes inside Balakot, as to how Pakistan would respond then.

Paracha shared that they were advised to drop the bombs somewhere away from our targets intentionally so that the Indian plan to whip up war hysteria for electoral gains through military instruments be foiled.

"We dropped six bombs in response to the four dropped by India," said the PAF officer while sharing a video to bolster the PAF claims that Pakistan actually retaliated but intentionally dropped the bombs at empty fields.

When asked whether F-16 was used to down Indian aircraft or it was JF-17, the chief architect of Operation Swift Retort said: "If I slap a person with my right hand or the left one, what difference does it make?"

He categorically stated that Abhinandan, the Indian pilot captured alive by Pakistan, did not fire any missile from his MiG-21 Bison.

Showing the pictures of missiles attached to the plane used by Abhinandan, the PAF officer said independent analysts can verify that no missile was fired by the aircraft, putting to rest the claims made by India.