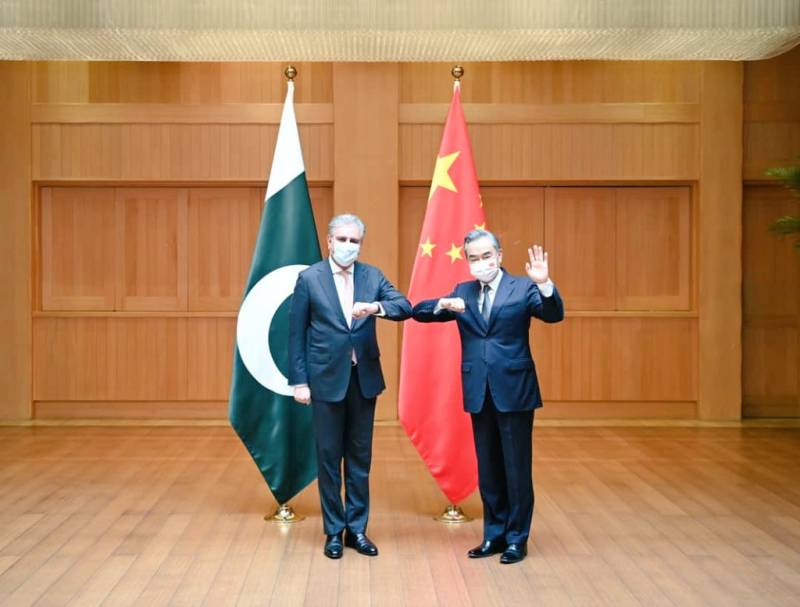 Both sides expressed it during the third session of the Foreign Ministers’ Strategic Dialogue in Chengdu, capital city of Sichuan Province, China.

The two sides exchanged views on bilateral strategic, economic and security cooperation, COVID-19 pandemic, peace and reconciliation in Afghanistan and international and regional issues of mutual interest, and reached consensus to collectively take measures to safeguard their common interests and promote peace, prosperity and development in the region.

Both sides vehemently condemned the terrorist attack in Dasu which caused loss of precious lives and injuries to the Pakistani and Chinese workers.

The Pakistan side conveyed its profound condolences and sympathies to the bereaved families, emphasized that the sacrifices of Chinese nationals would not be in vain, and that China-Pakistan partnership would emerge stronger through this test. The Pakistan side promised to ensure medical treatment, care and comfort of the injured.

They agreed to expose the reprehensible designs of culprits through the ongoing joint investigation, give exemplary punishment to the perpetrators, ensure comprehensive safety and security of the Chinese projects, nationals and institutions, and prevent recurrence of such incidents.

Extending felicitations to the Chinese side on the 100th anniversary of the founding of the Communist Party of China, FM Qureshi recognized CPC’s immense contributions for the Chinese people, for China’s stellar rise at the world stage, and its unrivalled achievement of lifting 800 million people out of poverty.

The Pakistan side wished the Chinese government and people greater success in achieving the goal of socialist modernization in 2035 and building a modern, prosperous, beautiful, democratic, culturally advanced and harmonious socialist country in 2049, under the inspiring and visionary leadership of the CPC, with Comrade Xi Jinping at its core.

Both sides reviewed with satisfaction their close cooperation in successfully controlling the spread of COVID-19, cooperation in protective and medical equipment, vaccine development and ensuring early post-pandemic economic recovery.

The Pakistan side thanked China for its steadfast support to the vaccination drive in the country, and setting up of vaccine finish facility at the National Institute of Health in Islamabad. Chinese side expressed its resolve to continue assisting Pakistan in strengthening its national health systems and dealing with adverse socio-economic impacts of the pandemic.

Offering condolences on the loss of precious lives caused by torrential rains and flooding in Henan province, Quresahi expressed hope that with strenuous efforts of the Chinese government, normalcy would be restored soon and affected people would return to their homes.

Stressing that peace and stability in Afghanistan is vital for socio-economic development, connectivity and prosperity in the region, Pakistan and China called on all Afghan stakeholders for comprehensive ceasefire, and work together in earnest to achieve broad-based and comprehensive, inclusive, negotiated political settlement.

Both sides reaffirmed their commitment to facilitate and support “Afghan-led and Afghan-owned” peace and reconciliation process for the early realization of a peaceful, stable, united and prosperous Afghanistan, which would firmly combat terrorism and live in harmony with its neighbours. Both sides reaffirmed their support for the peaceful reconstruction of Afghanistan, their readiness to expand economic and trade ties, and support Afghanistan in enhancing its capacity for independent development.

Both China and Pakistan reaffirmed their firm resolve to further strengthen their time-tested and All-Weather Strategic Cooperative Partnership with fresh dynamism and vitality.