US and China preparing for World War 3: Research Paper 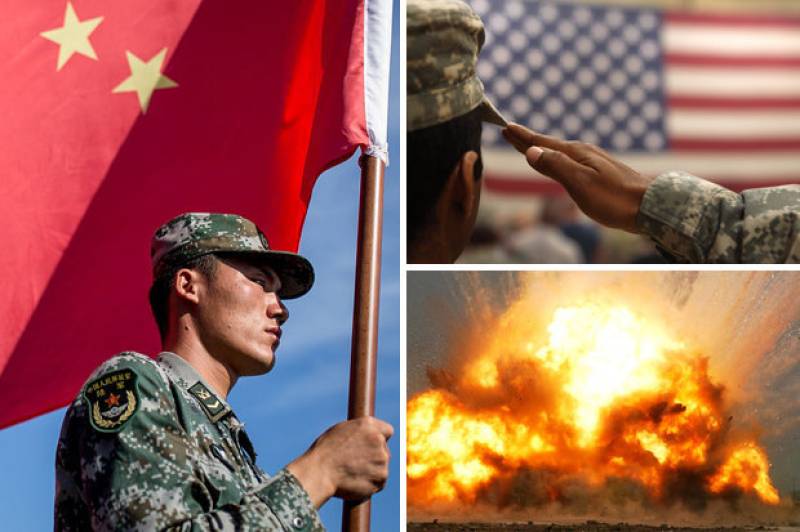 CHINA (Web Desk) - Although America and China are maintaining friendly ties largely due to commercial stakes but a latest report regarding a probable preparations of world war 3 between the economic giants has stirred panic among the diplomatic circles.

The report warns that fighting could break out if diplomacy fails over the disputed islands in the South China Sea.

The report also confirms that US is planning for a future conflict with China and suggest if dispute were to boil over today, the US would easily win with few casualties.

"If hostilities erupted, both have ample forces, technology, industrial might, and personnel to fight across vast expanses of land, sea, air, space, and cyberspace" Mr.Gompert said.

Gompert maintained that by the next ten years, China would be much better equipped to respond to a conflict with the US however he ruled out the possibly of China outshinning superpower militarily.

In the report named "War With China, Thinking Through the Unthinkable", he warns:

"Premeditated war between the United States and China is very unlikely, but the danger that a mishandled crisis could trigger hostilities cannot be ignored.

Additionally, the study recommended that the US should improve their ability to sustain intense military operations, as well as invest more in submarines and theater missiles to reduce the Chinese threat.

Tensions have been rising between the US and China, particularly in the months following The Hague's ruling against China, noting that they had "no legal basis" to claim resources in the South China Sea. China has blamed the ruling on interference from the US, with many in the country boycotting American companies such as Apple and KFC in response, ibtimes reported.