Hundreds of Sikhs protest out side UN, demand separate state of Khalistan from India 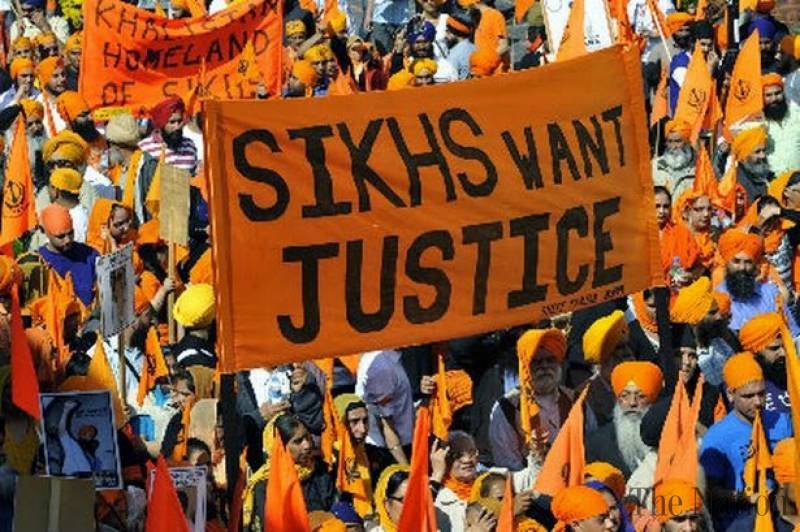 NEW YORK - Hundreds of Sikh activists from North America staged a rally in front of the UN Headquarters in New York on Tuesday — India’s Independence Day — to demand independence for the Indian Punjab as they raised the “Khalistan” flag.

The protesters also demanded a UN intervention to protect Sikhs and raised slogans in favour of an independent Sikh state of Khalistan. 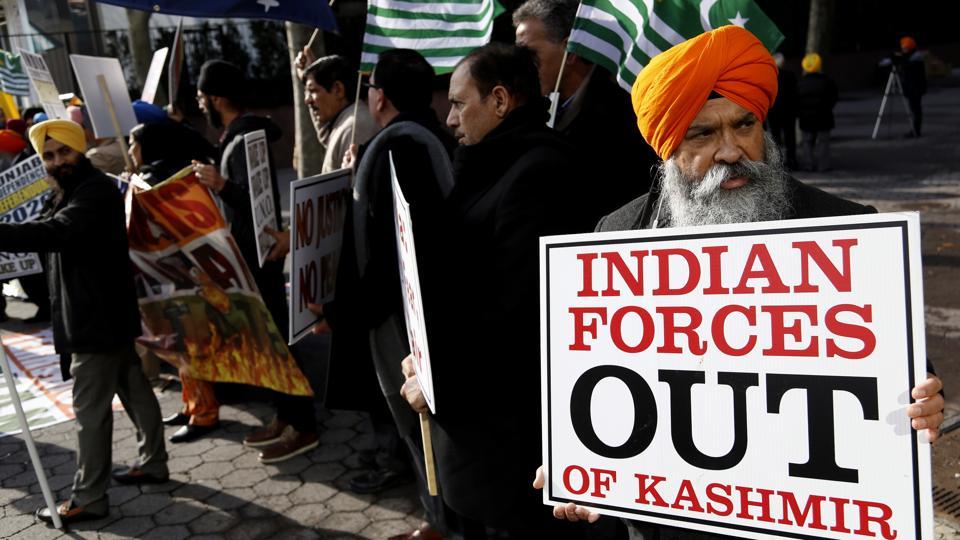 The Khalistan movement is a Sikh nationalist movement which seeks to create a separate country called Khalistan in the Punjab region of South Asia. On India’s Independence Day, Khalistan supporters held a protest-like rally in front of the United Nation’s headquarters in New York, USA.

In the rally the protestors also highlighted Indian atrocities on the Sikh community like the Operation Blue Star in 1984 which severely damaged the Golden Temple in Amritsar, the holiest Sikh shrine. The protestors demanded from the UN their separate homeland “Khalistan” and to stop Indian brutal acts against Sikhs in India.

They were carrying the Khalistan flag demanding independence for Indian Punjab. The demonstrators were chanting anti-India slogans and carrying placards inscribed with slogans like Free Punjab-End Indian Occupation.-APP