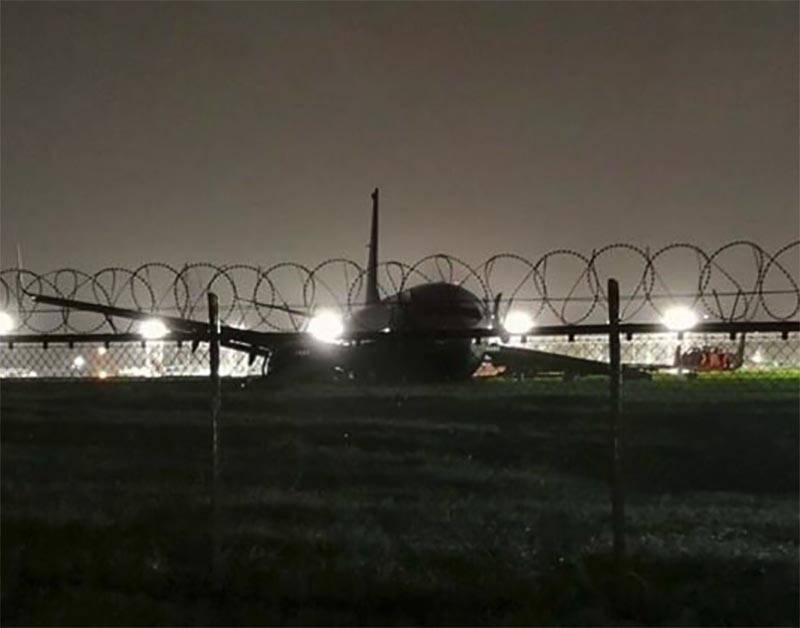 MANILA - A XiamenAir plane has crash-landed at Manila International Airport in the Philippines, according to AirLive.

Flight MF8667 from Xiamen, China, circled Manila for about one hour before aborting the landing. On its second landing attempt, the Boeing 737-800 skidded off the runway.

A photo posted online appears to show the plane sitting lopsided on the runway. There are reports that the plane’s engine has broken off. The crash landing comes amid reports of recent flooding in Manila.

XiamenAir, formerly Xiamen Airlines, is a passenger airline based in Xiamen, Fuijan Province. It has a fleet size of 164 planes and flies to 70 destinations. It is part of the SkyTeam alliance.

BREAKING: Xiamen Air #MF8667 Xiamen to Manila (Boeing 737-800 B-5498) appears to have suffered a runway excursion on landing in storms/heavy rain at MNL at 1555UTC after a period of holding & a missed approach. Reports of engine detached. Updates soon. | Photo via @jelof21 pic.twitter.com/0jJfdjKf00

The crash took place amid the tropical storm Yagi and the southwest monsoon, which had brought heavy flooding to the capital Manila and the surrounding areas. One of the latest storms has prompted about 20,000 residents to flee the district of Marikina in the capital region where floods swept away cars.

The XiamenAir, formerly known as the Xiamen Airlines, is a passenger airline based in Xiamen, Fujian Province and is a part of the SkyTeam alliance. The company's fleet includes at least 164 planes and flies to 70 destinations.