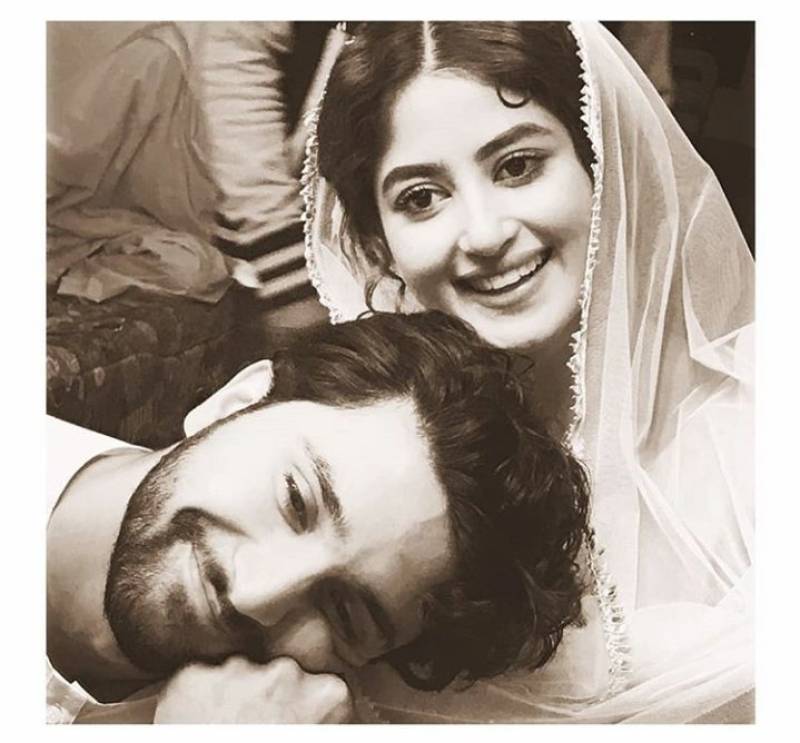 LAHORE - Pakistani superstar Ahad Raza Mir has paid tribute to Pakistan by releasing an instrumental version of the national anthem on the occasion of 72nd independence of Pakistan.

The actor and singer shared his instrumental version on Instagram, he posted a video in which he can be seen playing it on the guitar. Ahad had received a lot of love over a short span of time not only in Pakistan but around the world for his acting skills and good looks, the actor’s fans were impressed with this rendition.

He is the son of legendary TV star Asif Raza Mir and we must say that he is following his dad's footsteps with passion and grace. the 25-year-old made his singing debut in Coke Studio with Ko Ko Korina’s rendition which he sang along with Momina Mustehsan. Those who love the original beloved classic and first true pop song in Pakistan were quick to point out that this rendition didn’t live up to the expectations.

But the backlash didn’t deter Ahad from getting hold of his musical instruments again and presenting us with a beautiful version of the national anthem on the occasion of Independence Day.

LAHORE - Momina Mustehsan is an established actress. However, Ahad Raza Mir just made his debut as a singer for Coke ...

What is your say on Ahad's latest music release? Let us know too.