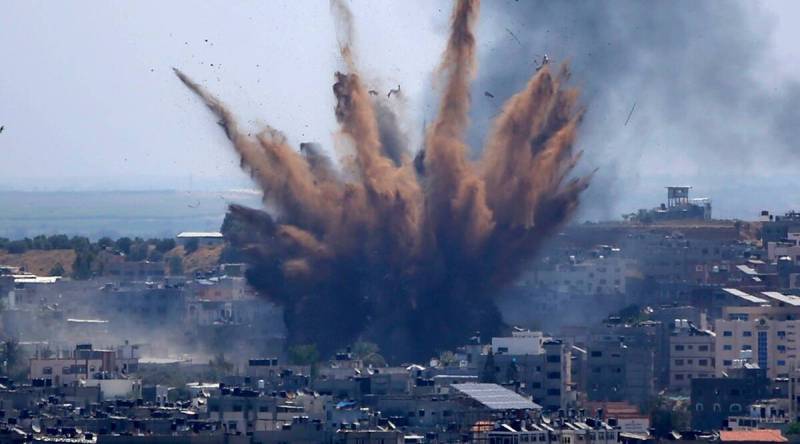 JERUSALEM – The ceasefire between Israel and Hamas which occurred after Israel’s 11-day bombardment in Gaza has been broken after less than four weeks as Israeli forces carried out airstrikes in the Palestinian territory in retaliation for incendiary balloons.

International media quoting Palestinian sources said, Israel's air force targeted at least one site east of the southern Gaza city of Khan Younes while the Jewish defence force said the airstrikes carried out in response to the arson balloons.

The attacks in Palestinian territory on Wednesday marked the first flare-up between the two sides in the month of June.

The Israeli military said its aircraft attacked Hamas compounds in Gaza City and the southern town of Khan Younis and said it was “ready for all scenarios, including renewed fighting in the face of continued terrorist acts emanating from Gaza”.

The airstrikes military came in response to the launching of the incendiary balloons, which caused at least 20 blazes in open fields near the Gaza border.

Reports also added that spokesman of Hamas while speaking with an international news agency confirmed the attacks and told that Palestinians would continue to pursue their brave resistance and defend their rights and sacred sites in the homeland.

Meanwhile, it was not initially confirmed that if there were casualties in Gaza as a result of the recent bombings.

Reports quoting Palestinian freedom fighters suggest that they got no orders from their top commanders to react to the latest attack that was the first since a new government took power over the weekend, ending Benjamin Netanyahu’s 12-year run as the country’s premier.