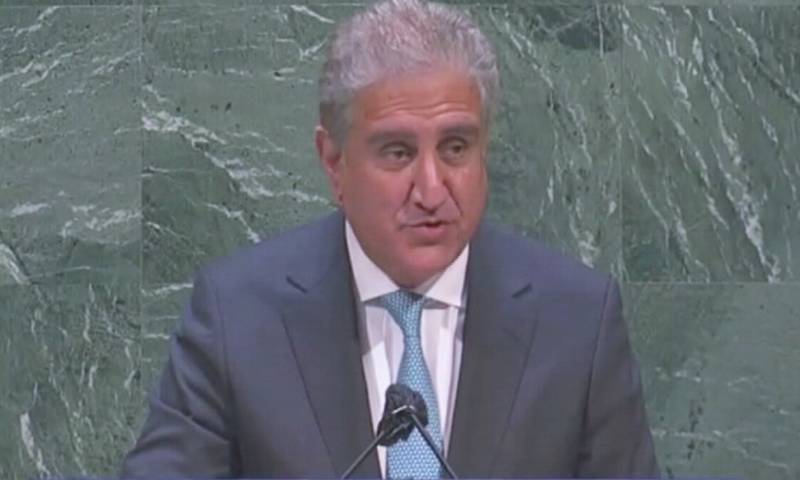 He was addressing an emergency meeting of the United Nations General Assembly (UNGA) called to discuss Israeli violence against the Palestinians in Gaza.

He stressed that the "voice of the Palestinian people cannot and will not be silenced".

He highlighted that mounting Israeli attacks has killed more than 250 people in Palestine, besides limiting access to food, water, hygiene and health services.

Hospitals and hygiene services depend on electricity but the power plants had almost run out of the fuel, he said.

"As we speak, people in Palestine are being killed with impunity. Death echoes in every home in Gaza. [The enclave] is plunged in darkness literally and metaphorically; the only light is of Israeli explosions.

"This is Palestine where, in full view of the world, Israeli air strikes bring down entire buildings to kill an terrorise innocent Palestinians and even silence the media," he said while referring to Israeli airstrikes on a building housing offices of Al Jazeera and other international media outlets.

"It is time to say enough. The voice of the Palestinian people cannot and will not be silenced. We, the representatives of the Islamic world are here, to speak with them and for them."

"We must not fail the Palestinian people at this critical juncture," he said, besides hoping that the UNSC would call for an end to the violence.

"Let us be clear, there is no more room for military equivalence between the beleaguered Palestinian people and the Israeli military. We should mobilise all possible humanitarian help for the devastated population in Gaza and all other occupied territories."

Highlighting urgent need of sending medical teams, medicines, food and other supplies to Palestine, he said that Israel must opened all borders towards Gaza.

He also urgged the UNGA to "condemn Israel's forced and illegal eviction of Palestinians in Sheikh Jarrah", stressing Israel's "crimes against humanity should not escape accountability".

"There should be no immunity for violating international law," he said. He also urged the International Criminal Court (ICC) and International Court of Justice (ICJ) to hold Israel accountable for its "war crimes".

"It is imperative to initiate bold steps to secure the implementation of the Security Council and General Assembly resolutions calling for a Palestinian state."

The onus for restoring peace in the Middle East was on Israel which needed to end its occupation of Palestinian land. "This General Assembly session must send a clear message to Israel and the Palestinian people," he said.