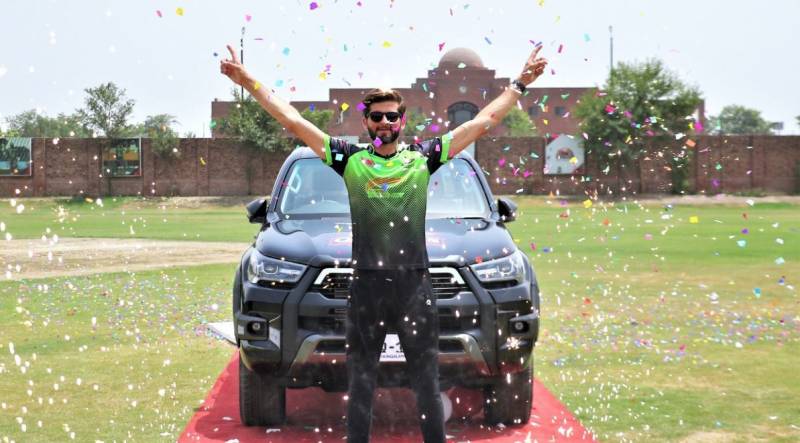 Lahore Qalandars pacer Shaheen Shah Afridi gets a brand new car for his services for the franchise and the Pakistan cricket team.

Afridi was awarded a brand-new Toyota Revo months after the franchise clinched the title for the first time by defeating Multan Sultans in the final of Pakistan Super League 7.

Qalandars reportedly conducted an event for skipper Shaheen Shah Afridi to acknowledge his efforts for the franchise and the 22-year-old was awarded a car by the CEO Atif Rana.

Thank you for being such a good example of how talent combined with great efforts pays off, a tweet from the franchise reads.

A token of appreciation to OUR CAPTAIN QALANDAR @iShaheenAfridi .
Thank you for being such a good example of how talent combined with great efforts pays off.
Keep up the great work!!#DamaDamMast #MainHoonQalandar #Dilse #CaptainQalandar pic.twitter.com/i0bqiOiqzx

Afridi led from the front in the last edition of the country’s flagship cricket tournament as he finished being the top wicket taker. The 22-year-old got 20 wickets at an average of 19.70 and an economy rate of 7,57 in 13 matches he played in the competition.

The left-arm pacer also achieved the fourth position in the recent rankings of both Test and One-Day International cricket issued by the International Cricket Council (ICC).