Rival gangs are seen consoling each other after the Christchurch massacre 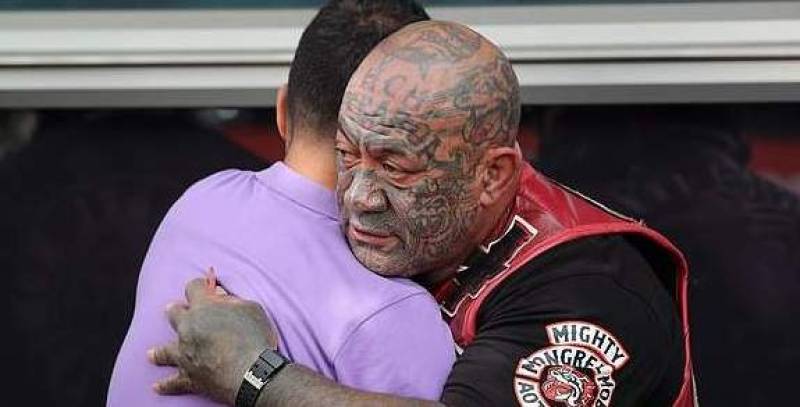 LAHORE - At least 49 worshippers have been killed in a terrorist attack at two mosques in a New Zealand city on Friday.

New Zealand Police Commissioner Mike Bush informed that another 50 were injured in the mass shootings in Christchurch.

Members of one of New Zealand's most notorious street gangs have been captured consoling each other after the Christchurch terror attack as Prime Minister Jacinda Arden met families of the victims.

The street gang were dressed in jackets, vests and t-shirts with the mongrel logo. 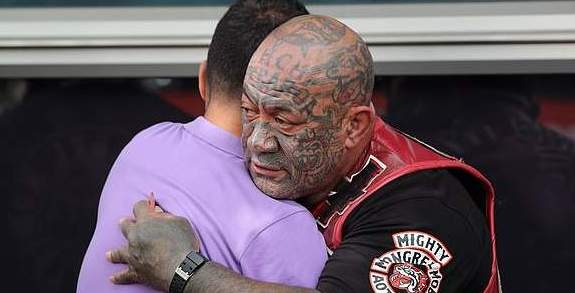 They are seen greeting other mourners at Hagley College on Saturday afternoon.

Mourners gathered across New Zealand and the globe to honour the worshippers, who were defenceless when they were allegedly shot at by Australian citizen Brenton Tarrant.

Members of the Mongrel Mob descended at Hagley College, in Christchurch, where Jacinda Arden arrived at about 1pm to greet hundreds of survivors, family members and mourners.