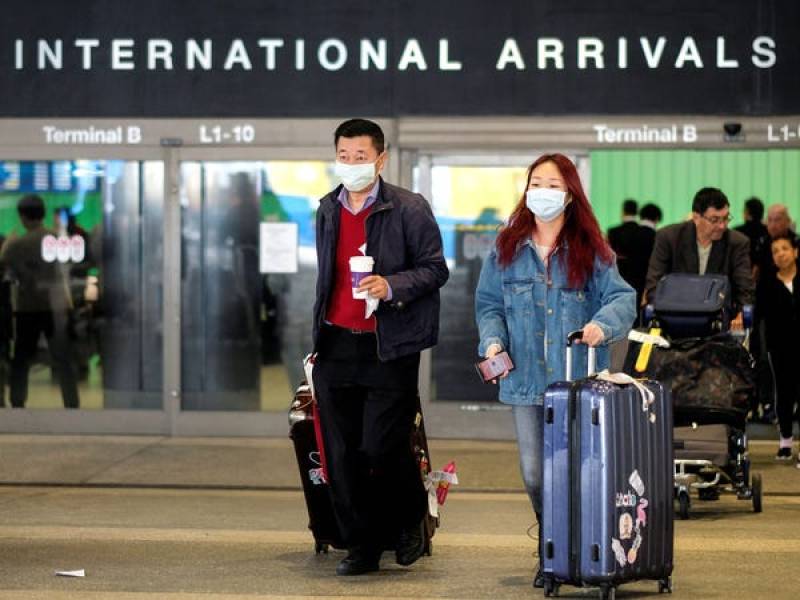 BEIJING – China tightened quarantine measures for international arrivals on Monday as the country worries about a rise in imported cases of the deadly coronavirus and anger raged online at how Europe and the United States are handling the pandemic.

After declaring they had "basically curbed" the spread of the disease within China, where the virus first emerged, authorities have now ordered international arrivals to Beijing to go into centralised quarantine for 14 days.

About 20,000 people -- one-tenth of them foreigners -- have entered China by plane daily since the World Health Organization declared a pandemic on March 11, according to an immigration official.

New arrivals are now being transferred to an exhibition centre near Beijing's main international airport for screening before heading to quarantine facilities.

Officials in protective suits and police officers guarded the centre on Monday, while ambulances waited outside on standby.

Jacob Gunter, who arrived from the US on Monday morning, described his journey as "a bit of an Odyssey".

It took more than six hours for the American expatriate to get from his plane to being transferred to a hotel where he must complete his quarantine.

Travellers were previously been allowed to undergo mandatory isolation at home.

At least two other regions in China have also imposed a 14-day centralised quarantine on foreign arrivals, state media reported Sunday, while Shanghai previously imposed isolation period at home or in centres for those arriving from virus-hit countries.

A total of 123 cases from abroad have now been reported in China after 12 more were discovered Monday.

Chinese social media users on Monday criticised Europe and the US over how they are handling the pandemic.

One coronavirus-themed hashtag was viewed 60 million times on China's Twitter-like Weibo site, with many users saying they wished US President Donald Trump was infected, and others calling for "strict" controls to prevent imported cases.

"Can't let our previous efforts go to waste!" one said.

The country has touted the effectiveness of quarantining the central city of Wuhan -- where the virus first emerged -- and surrounding Hubei province since late January, along with restrictions on large gatherings and travel.

In a sign of the slow return to normality, four cities in Hubei have chartered vehicles to now allow more than 1,600 migrant workers to return to factories outside the province.

The government's leading group on the epidemic said Monday that there should be a staggered return of people stranded in Hubei, as well as of reinforcement medical teams in the province.

China's death toll from the virus now stands at 3,213, while fewer than 10,000 people are currently still infected -- down from tens of thousands in recent weeks.

The progress contrasts with the growing crisis abroad, with the worldwide toll surpassing 6,680.