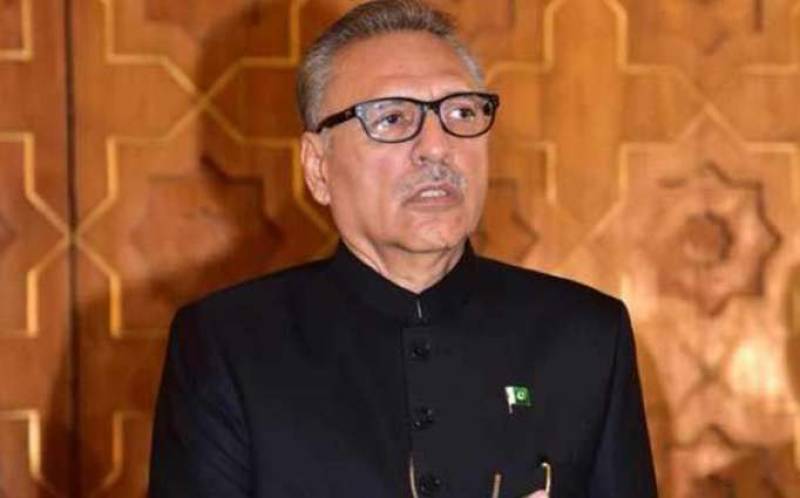 ISLAMABAD – President Dr. Arif Alvi reached Beijing on Monday to convey strong support and solidarity of Pakistan to the government and the people of China in its efforts to contain the spread of COVID-19.

At the airport, he was received by Chinese Minister for Agriculture and Rural Affairs, Han Changfu and Ambassador of Pakistan to China Naghmana Alamgir Hashmi.

President Alvi was presented static guard by a smartly turned out contingent.

During the visit, the President will hold meetings with his Chinese counterpart Xi Jinping and leadership of the host country.

Talking to media persons prior to his departure, Dr. Arif Alvi said he will also express condolence with the Chinese leadership over the loss of precious human lives due to this virus.

Minister for Foreign Affairs Shah Mahmood Qureshi and Minister for Planning, Development and Reforms, Asad Umar are accompanying the President.

A number of MoUs are expected to be signed during the visit.

So far, more than 6,680 people globally have died from COVID-19, as the illness is officially known, while nearly 175,000 infections have been confirmed in dozens of countries, according to the World Health Organization (WHO).