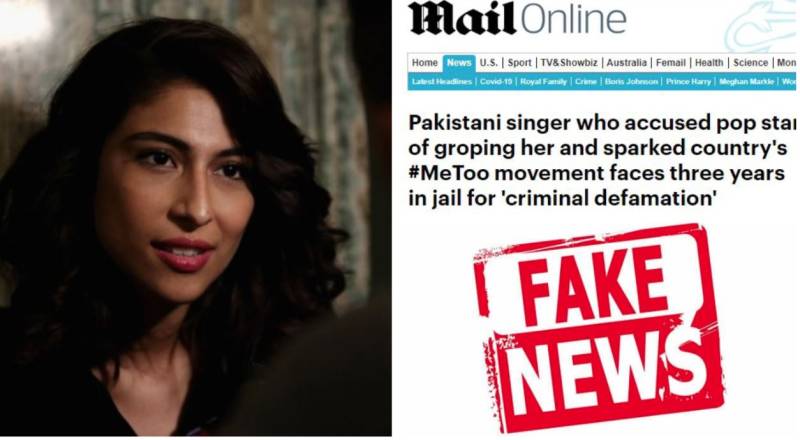 Multiple Indian news outlets have falsely reported that Pakistani singer Meesha Shafi has been given a three-year sentence in a defamation case filed by singer and actor Ali Zafar.

Time of India, ZeeNews, and IB-Times, and many other notable newspapers have reported that a Pakistan court has sentenced the 39-year-old singer for falsely accusing and leading a smearing campaign against Zafar. 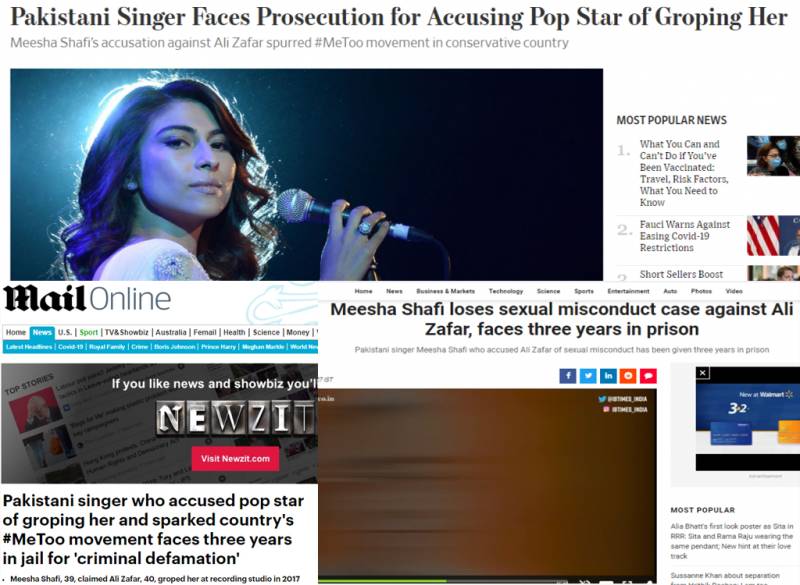 The whole scenario is another example of copy-paste journalism where the news outlets had copied others without verifying facts.

It all started with an article in Daily Mail which was published on March 12 and according to that Meesha Shafi faces three years in jail for 'criminal defamation' over running a false campaign against Zafar. Soon after the publication of the British tabloid’s article, Indian publications claimed that Meesha has been handed a three-year sentence.

This is not the first time that the British tabloid has faced such accusations of publishing unverified and false news.

On the other hand, the court has not indicted Shafi or any of the other accused. The 39-year-old has only been charged by the federal investigators for now and further court proceedings are underway.

LAHORE – The Federal Investigation Agency (FIA) on Tuesday has declared singer Meesha Shafi and eight others ...

Shaafi also responded to the fake news which claimed that she has been awarded three years of jail term for levelling 'false allegations and causing irreparable damage to singer Ali Zafar's career'.

Speaking up is WAY MORE EXHAUSTING than being groped. This is why we end up suffering in silence. Sending lots of love and solidarity to all who speak up. It’s hard! @LegalPolitical setting the record straight ???????????????????????? https://t.co/en22Mc7I25