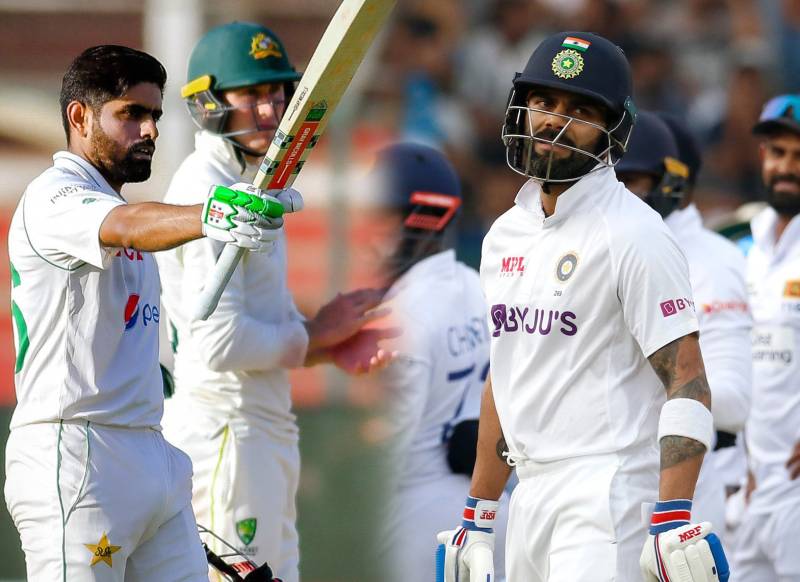 The all-format captain put Pakistan in cruise control against Aussies and has moved to eighth spot while Kohli has slipped from fifth to the ninth spot in the latest International Cricket Council (ICC) Test batter rankings.

Facing a tough Australian bowling attack, the 27-year-old prevailed in style in the Karachi test and is now ranked ahead of Indian star batman Kohli in all three formats of the game.

The latest rankings from the top governing body do not include Babar’s marathon innings in the ongoing Test against Kangaroos and it is expected that his ranking will further improve after the conclusion of the game.

Meanwhile, Kohli has slipped from fifth to ninth among batters after dismal in the recently concluded Test series against Sri Lanka. The 33-year-old failed to score a ton in over three years, having scored his last international century in 2019.

KARACHI – Pakistani captain Babar Azam has etched his name in history books as he slammed triple digits against ...

As Shaheens continue to fight Aussies on the last day of the second game, the Pakistani skipper registered multiple records. He surpassed his own previous best in the fourth innings of the Test.

He also surpassed Shoaib Malik's record of playing most deliveries and named another feat for the highest fourth inning total by a Test captain, surpassing England’s Micheal Atherton.