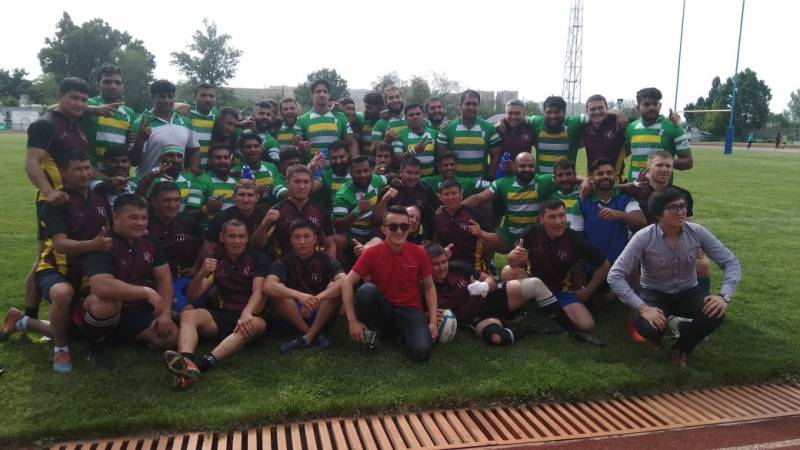 ALMATY, Kazakhstan - Pakistan on Wednesday beat Kyrgyzstan by 82-0 in the semifinal of Asian Div III Rugby Championship in Almaty, Kazakhstan.

Pakistan Rugby Union officials said the team Pakistan dominated the game at the end of first half Pakistan on a way to victory on 45-0 on the table.

In the second half, Pakistani players played up to the mark. Ali Khan and Muhammad Shoaib Akbar both scored 3 points each; Saad Arif and Adnan Saeed scored 2 points each while Anjum Sajjad, Nasir Mehmood, Muhammad Haroon and Muhammad Waqas all scored one apiece.

Meanwhile, the host beat Magnolia by 55-6 in the second semifinal and qualify for final.

"Now we have Kazakhstan in the final. Kazakhstan is a very strong team, they have a very good seniors players. Hope boys play the same game and according to the game plan," Malik added.

Fawzi Khawaja, Pakistan Rugby Union Chairmen, was also happy on the victory. He said: "I am very much confident that team green will play like a good unit and this will be good for the final," he hoped.

The Green Shirts will play final against Kazakhstan on May 19 (Saturday).