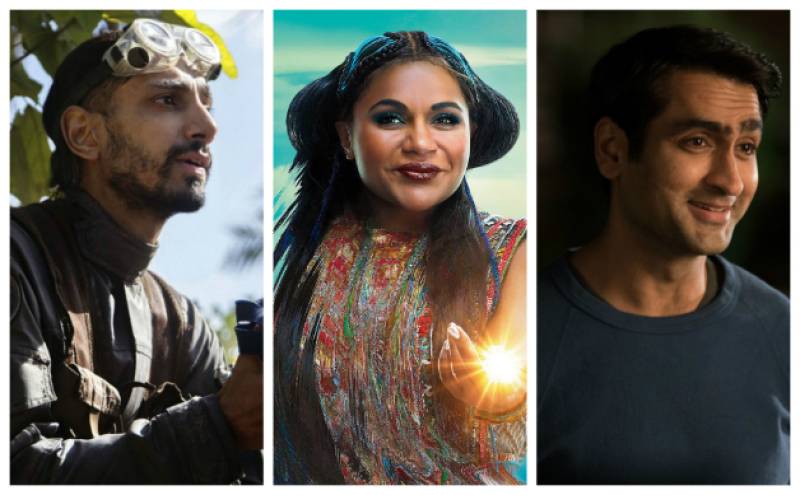 When it was announced by Marvel president, Kevin Fiege in a BBC interview, that a Ms Marvel movie will be made in 2019, fans of the community have been extremely excited. Especially brown fans who feel that their voices and storied will finally be represented within the comics film universe.

Those excited to be a part of Ms. Marvel include Pakistani-British actor Riz Ahmed who recently took to Twitter in an attempt to offer his expertise and write the movie's screenplay. He also tagged Hollywood actors Mindy Kaling and Kumail Nanjiani who are both from South Asian backgrounds and have made a name for themselves in comedy and serious acting.

He tweeted, “So when do Marvel Studio want me, Mindy Kaling and Kumail Nanjiani to get started on the MsMarvel screenplay?”

Riz! I am obsessed with this comic book, I’ve read them all. I love Kamala Khan. https://t.co/f3PevhfUzv

Kaling, who is famous for her role in her own TV series, 'The Mindy Kaling Project' replied to Ahmed's tweet when she said, “Riz! I am obsessed with this comic book, I’ve read them all. I love Kamala Khan."

Kamala Khan AKA Ms. Marvel is a Pakistani-American teenager living in New Jersey who finds she has exceptional shape shifting abilities and decides to become a super heroine following in the footsteps of her idol, Carol Danvers who is Captain Marvel.

After Riz suggested this, fans have been all for this joint venture!

While others had a very valid argument;

🤦🏽‍♀️ There's so many Pakistani American / British female writers who could do this@aizzahfatima@monascomedy@AGlasgowGirl@EstherRantzen69
To name a few. Surely, we can do better? This just sits wrong for me :/ @sameergardezi, @AshLodhi, perhaos an idea for the next BTR?!