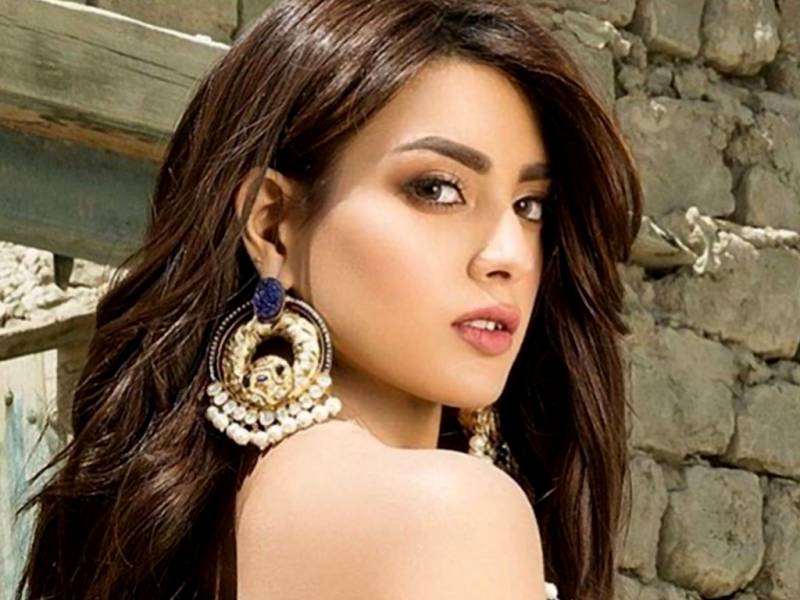 LAHORE - Iqra Aziz unfollowed everyone from her Instagram account. This happened amidst the rumours of a fallout between her boyrfriend, Yasir Hussain, and friend Hania Aamir. She is now only following twenty eight accounts.

Unfollowing people on social media doesn't remove them from real life, she said.

“First of all, it has absolutely nothing to do with the controversy, and honestly I don’t even want to talk about it."

Iqra added: “Besides, I don’t think unfollowing people on social media removes them from real life. I have all of my fellow stars’ numbers and not having them on Instagram will have no impact on the nature of our relationship/friendship."

When a fan asked Imran Ashraf about Iqra unfollowing him, his reply was amazing. 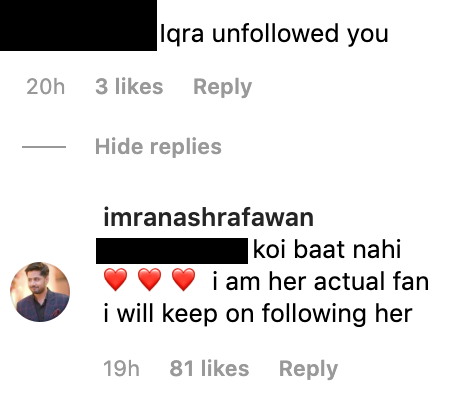 Imran is always so full of soul and full of positivity. Not even once did the star do or say something that created outrage.

The ‘Suno Chanda‘ actress unfollowed fellow co-stars like Farhan Saeed and Imran Ashraf, along with most Pakistani publications – with Yasir Hussain being the only Pakistani actor she still follows.