It is the ‘Belt and Road’, Stupid: Xinjiang - A View from Pakistan beyond One-Sided, Negative Reports 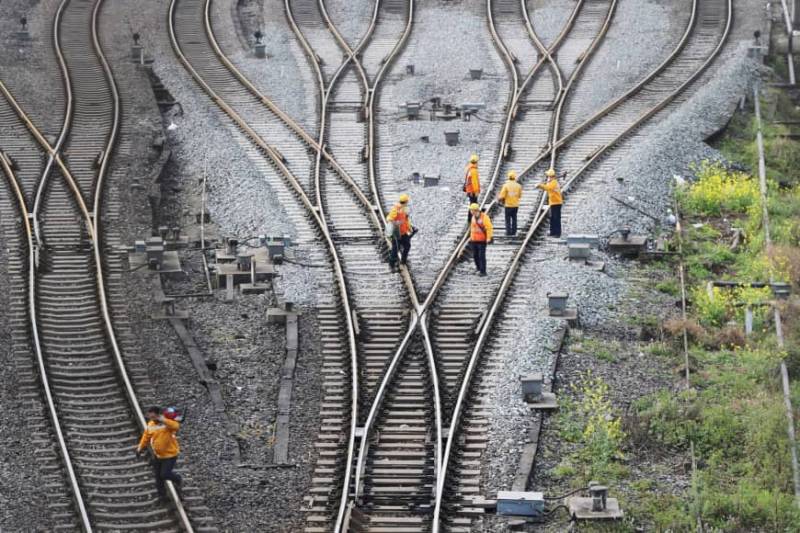 Every other day, perhaps daily, Pakistanis are told by some new media report that the Muslims of Xinjiang, sharing land borders with Pakistan, are being subjected by Chinese authorities to the worst kind of suppression seen in contemporary history. That is just one side of the picture; and not necessarily a true reflection of the situation on the ground.

One important thing to note: who is telling us these stories? Are not these the same guys who used to tell us that Saddam Hussain was piling up huge quantities of Weapons of Mass Destruction (WMDs)? And what did that turn out to be?

The latest accusation from Randall Schriver, who leads Asia policy at the US defence department, puts the number of Chinese Muslims detained in what he labels as ‘concentration camps’ – up to three million.

The figure simply means that three out of every ten Uyghurs are detained by China. My recent visit to a part of Xinjiang and interactions with the locals do not seem to be in support of this accusation. But there is something to read between the lines in Mr. Schriver’s briefing to Pentagon. He based this figure on “given what we understand to be the magnitude of the detention.” In other words, he meant: we don’t have any proof of what we are accusing China of.

I have visited Xinjiang Uyghur Autonomous Region (XUAR) bordering Pakistan a number of times. The recent most visit was in March this year that also combined a trip to Yinchuan, the capital of Ningxia Hui Autonomous Region (NHAR). At least as far as the capitals and surrounding prefectures of the two regions are concerned, one sees no signs of ‘oppression’ – so to say.

Talking to local Muslims – Uyghur, Hui and others – one finds that China’s miraculous development that is now very much at display in the country’s western regions as well has made life much more convenient, livelihoods much more rewarding and quality of life considerably improved for all – including those attaching themselves to Islam.

Urumqi and Yinchuan are bustling places, as one sees on the ground. Urumqi is beyond doubt emerging as the go-to-place in the emerging Eurasian landmass – on a macro scale. Yinchuan, having established itself as the centre of China-Arab World dialogue, beats even many national capitals on the Asian continent in more ways than one.

Talk to the people on the street, minorities included, and they would tell you that they are living better and content lives than they were in preceding years and decades. You can see people going to mosques, praying. Yes you also notice some restrictions and controls – the rationale and impact of which may surely be debated.

However, I have to acknowledge that I have no recent experience of the countryside and cannot say anything with certainty for that part.

Nonetheless, being a China watcher for past more than 15 years, I can say with authority that an overwhelming majority of reports about and portrayal of Xinjiang in international media is devoid of any dependable understanding of Islam and Muslims in China, and the region of Xinjiang – the hot spot. I wonder if those reporting and writing about the issue have ever touched upon the land that is Xinjiang.

Lack of understanding about the ethnic composition of Chinese Muslims as a whole and Xinjiang’s Muslims in particular, as well as little knowledge about the fact that how different the Xinjiang of today – the administrative unit that makes up one-sixth of China and is two times more than entire Pakistan – is so different from and so larger than what used to be ‘East Turkestan’, is also at full display in prevailing discourse.

Let me share here that during past over a decade I have also interacted frequently with Uyghur diaspora in Europe, the US, Turkey and elsewhere. We know that they have a lot of grievances against Chinse authorities, and some of these sound genuine too.

But the current intensification of reporting about Xinjiang and ‘oppression’ of its Muslims by China needs to be seen in the context of China’s mega Belt and Road Initiative (BRI), of which China-Pakistan Economic Corridor (CPEC) is an important component. It goes without saying that BRI and CPEC mean a lot for Pakistan in particular and region as a whole.

The portrayal of China as an oppressor of the Muslims can best be understood in this backdrop.

And last but not the least, can we forget that Huntington’s ‘Clash of Civilizations’ thesis not long ago had told us that Chinese and Muslim civilizations are headed for a showdown?

Ironically, while China says that its detention facilities are vocational training centres fighting extremism, flow of information – and verifiable one – on Beijing’s part, can also hardly be termed as enough. Lack of information breeds misinformation and disinformation. That is what is happening in this case; and our Chinese friends have to take care of it.

One cannot say that Muslims of Xinjiang have no complaints to make. But the need of the hour – particularly from a Pakistani point of view – is to have dispassionate and holistic view of things unfolding in the region we are a part of and the evolving interests of global powers in this part of the world.

To differentiate between the fact and fiction is the key, especially so for us – the Pakistanis – in this setting.