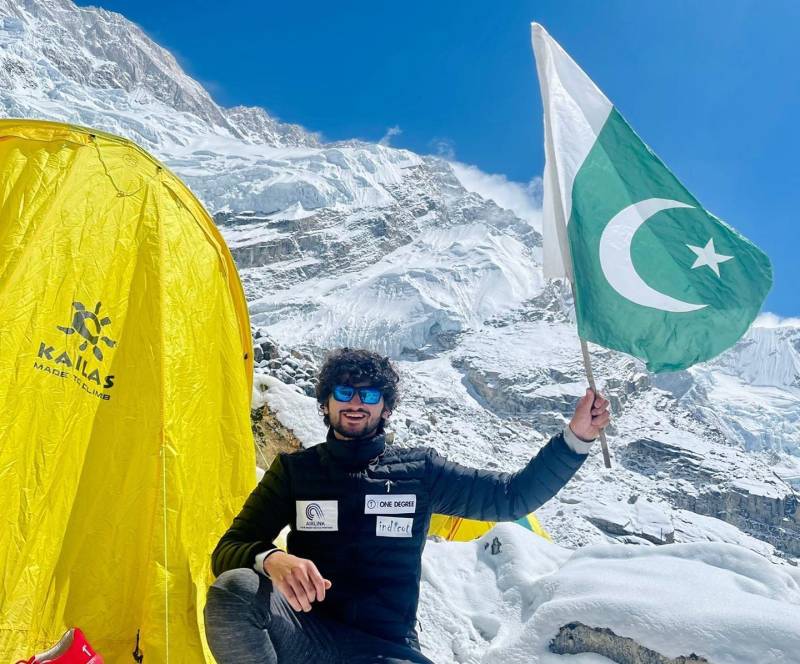 LAHORE – Pakistani climber Shehroze Kashif continues to add his name to the record books as he successfully scaled the world’s fourth-highest peak Mount Lhotse at 8,615 metres in Nepal on Monday.

The successful expedition made him set various records in one go as on one side he has become the youngest ever mountaineer to summit top four highest peaks in the world and become fourth Pakistani to scale six out of 14 highest mountains on the other hand.

Kashif, who is known as ‘The Broad Boy’ for summiting the Broad Peak at the age of 17, have already scaled the top peaks including Everest 8849m, K2 8611m, and Kanchenjunga 8586m.

The 20-year-old started his push on Lhotse 8516m in Nepal on Sunday and summitted it on Monday.

The development comes only 11 days after he scaled the 8,586-meter Kangchenjunga peak.

Meanwhile, sports enthusiasts, activists, and social media users congratulated Kashif on his success and prayed for his safe return from the peak.

Pakistan's youngest mountaineer Shehroze Kashif on Thursday added another feather to his cap, as he became the youngest ...