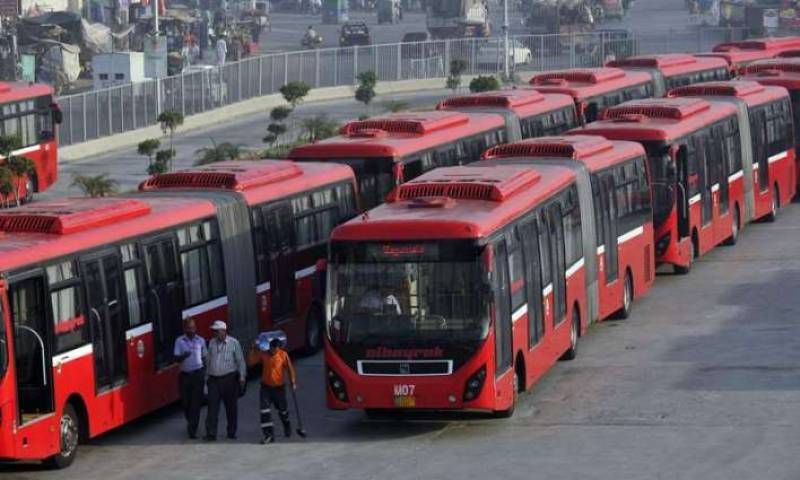 ISLAMABAD - The National Accountability Bureau has clarified that the Multan Metro Bus project inflicted a loss of Rs 2.2 billion to the national exchequer.

According to a press release issued on Friday, the Multan bureau of the anti-graft body was conducting investigations into the project from different angles including evaluation of feasibility study and approval of the project, evaluation of bidding process, award of contracts, execution of works, international procurement, evaluation of land acquisition process and tracking of financial transactions into accounts of Yabaite China.

The anti-graft body has clarified that the media reports about the investigations were concocted and were damaging the repute of state institutions.

The bureau has clarified that three different teams were looking into the matter comprising engineers, bankers and revenue officers.

'The NAB team visited Lahore, Karachi and Islamabad for the collection of evidence,' stated the bureau.

ISLAMABAD - A Chinese company has faced a lifetime ban besides the largest amount of fine imposed under the Communist ...

The accountability watchdog clarified that the accused have been placed on Exit Control List while three out of six companies involved in the matter have asked NAB for return if illegal gains.

Requesting media outlets to show responsibility in covering the news story, NAB has stated that the final report about the scam would be presented to the executive board after completion of inquiry at the Multan bureau.

It bears mentioning that the Multan Metro Bus project has been under the radar of NAB from December 2017 on the direction of the NAB chairman, Justice (r) Javed Iqbal after the Senate Standing Committee on Finance forwarded the case to the accountability watchdog.

The Securities and Exchange Commission of Pakistan (SECP) did not provide the details of millions of dollars of the project that were illegally sent to China.

Initially, it was revealed that the money was sent to a Chinese company called Yabaite Techn­o­logy Company Limited which had links with Yabaite Pakistan Construction Group Private Limited.

The Rs28b Multan Metro Bus project was inaugurated by former prime minister Nawaz Sharif in January 2017. It includes 21 bus stations spread over an 18.5km route, which facilitate around 97,000 commuters daily.