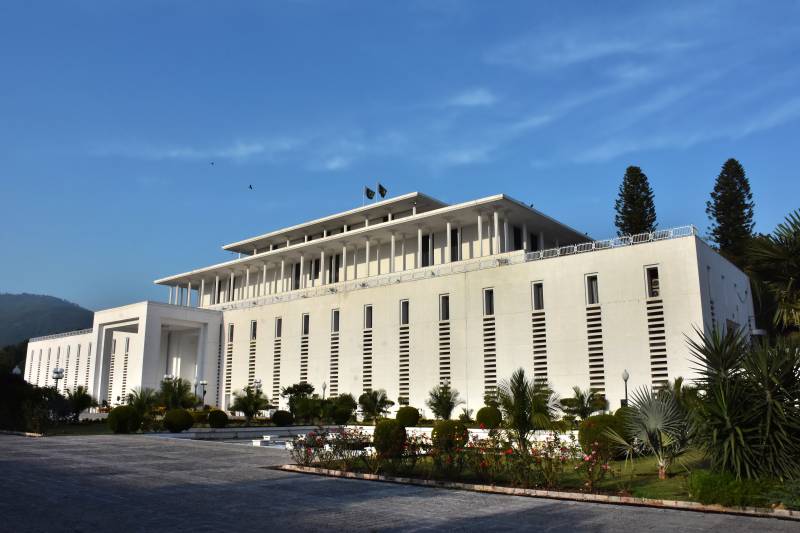 ISLAMABAD – Pakistan's President House was declared the first-ever green presidential secretariat of the world after it was awarded international certification.

Reports in local media cited that with the international certification of ISO 50001 EnMS, President House of Pakistan has got the title of being the first such presidential secretariat.

Aiwan-e-Sadr has been awarded an international certification of ISO 50001 EnMS making it the world’s first internationally recognized Presidency to run on green energy.#GreenPresidency pic.twitter.com/XLgUBqFgl2

President Dr. Arif Alvi has successfully curtailed over 35% of its energy use, which would save Rs72.5 million to the national exchequer, per presidency.

Alvi, 72, envisioned a Green Presidency Initiative to curtail the president’s secretariat energy usage and shift it to renewable energy sources after assuming office in 2018.

The press release issued by the presidency stated “The Aiwan-i-Sadr (presidency) also got GBC SEED Platinum as the building is now fully powered by an in-house 1-MW Solar System. The ISO 50001 EnMS certificate was awarded to Project Director Shahid Shaukat by Abdur Razzaq Lakhani of SGS and GBC SEED Platinum certificate by Rashid Bashir of Green Building Council”.

Dr. Alvi speaking at the occasion highlighted the benefits of going green saying energy conservation and clean energy generation were equivalent to 3,154,750 KWh. The initiative equates to a 3,144 tons reduction of greenhouse gases and plantation of 142,909 mature trees.

The President also asked the youth to be conscious of the global needs considering the sensitivity of the environment situation.

He said the initiative should also be replicated across the South Asian country citing the importance of energy conservation across the world. President also commended the private sector companies for supporting the initiative under corporate social responsibility.

The initiative would help prevent 3,144 tonnes of carbon emission which equals 325 trucks, he said.

ISLAMABAD - Keeping up its promise of opening the gates of the highly secure VVIP premises, the Pakistan ...