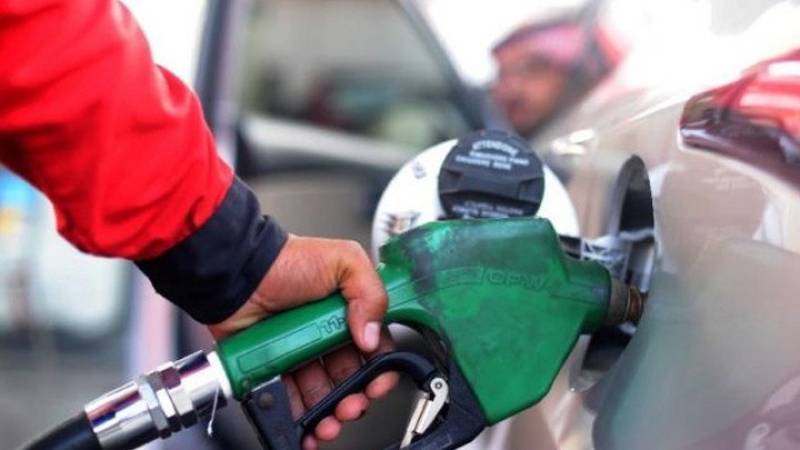 ISLAMABAD – The government on Saturday increased the price of petrol by Rs 10.49 per litre taking its price to Rs137.79 per litre – the highest record in the country’s history.

Similarly, the price of kerosene oil has been increased by Rs10.95 while light speed diesel has got costlier by Rs8.84, the notification issued by the Ministry of Finance reads. 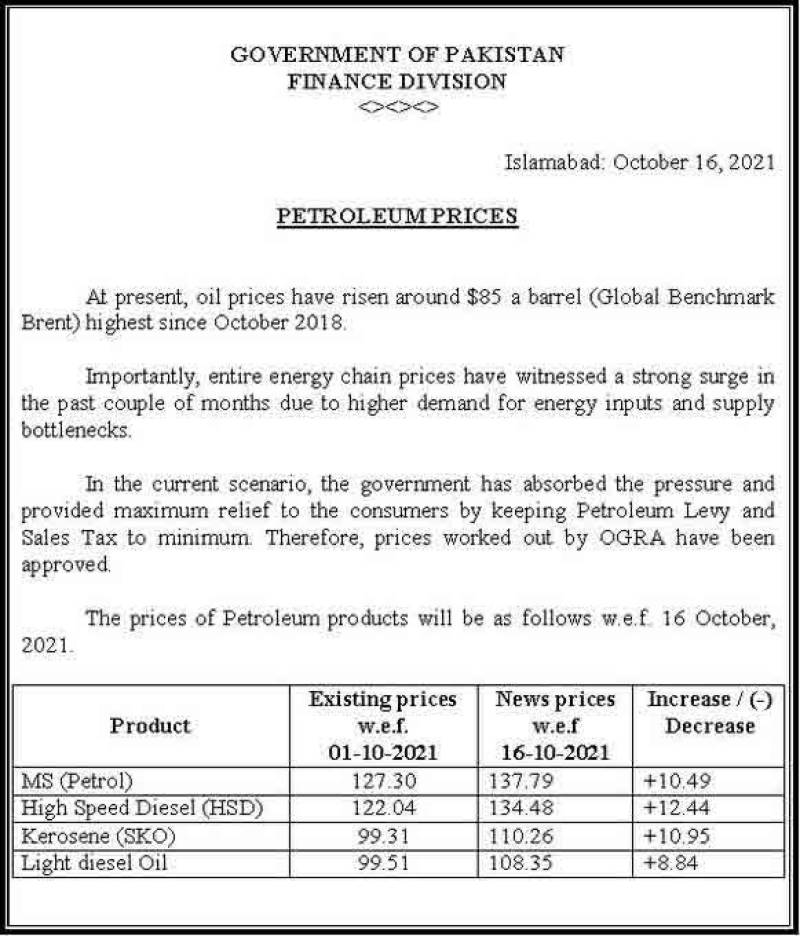 “At present, oil prices have risen $85 a barrel (Global Benchmark Brent) highest since October 2018. Importantly, entire energy chain prices have witnessed a strong surge in the past couple of months due to higher demand for energy Inputs and supply bottlenecks”, the notification reads.

It stated “In the current scenario, the government has absorbed the pressure and provided maximum relief to the consumers by keeping Petroleum Lew and Sales Tax to a minimum. Therefore, prices worked out by OGRA have been approved”.

This is the second time the prices of petroleum products have changed in October. Earlier, the government increased Rs 8.82 per litre hike in POL prices and increased the price of petrol by Rs 4 per litre taking it to Rs 127.30 per litre.

The incumbent government officials claimed that the higher increase in oil prices is mainly due to increase in price of oil in the international market.

ISLAMABAD – The prices of petroleum products have been increased by up to Rs8.82 for first 15 days of October ...