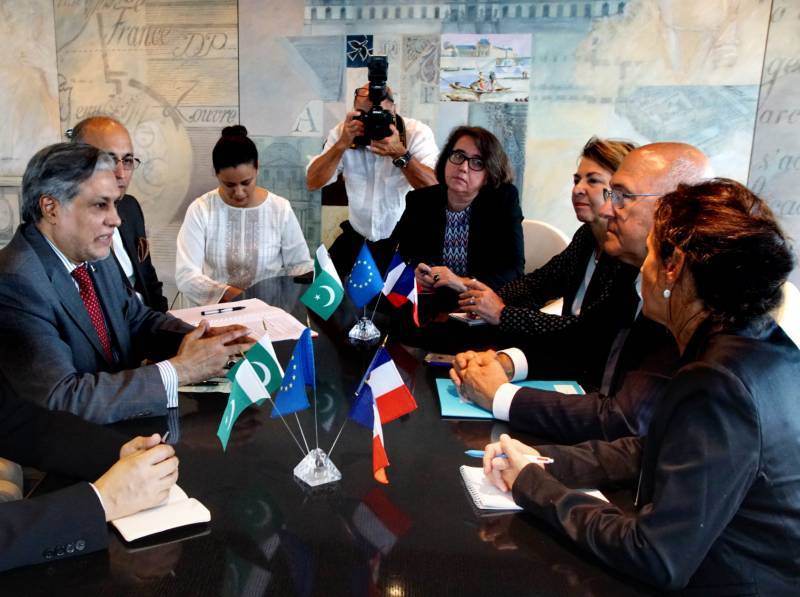 He said this while talking to his French counterpart Michel Sapin in Paris.

He said renowned international financial institutions are projecting Pakistan to be one of the top twenty economies of the world in the coming decades.

French Finance Minister on this occasion said Pakistan has made impressive economic gains in the last three years.

He expressed willingness to bolster trade and economic ties with Pakistan benefiting from the conducive investment environment in the country.

Michel Sapin lauded the achievements of Pakistani security forces in the war against terrorism.

The two sides also agreed to facilitate the businessmen and significantly raise the current level of bilateral trade. They also agreed to discuss upgrading of the Administrative, Economic and Trade Committee to Ministerial level in the form of Joint Economic Commission.