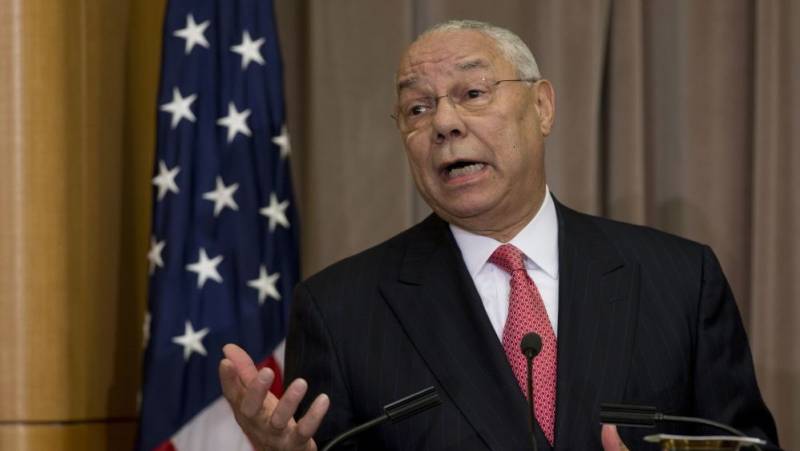 Russian hackers leaked an email of Former US Secretary of State in this esteem, Newsweek reported.

Israel is not a signer of the Nuclear Nonproliferation Treaty (NPT) and keeps up a policy of nuclear ambiguity, refusing to talk about its rumoured nuclear arsenal.

Israel never even goes as far as to admit that it has possession of nuclear weapons.

But Powell may have given away the size of Israel’s nuclear arsenal. Speaking to Democratic Party donor Jeffrey Leeds about Israeli Prime Minister Benjamin Netanyahu’s speech to the US Congress focusing on the Iranian nuclear deal, he wrote that Iran would never utilise a nuclear weapon if it was able to get one.

He then told that Israel possesses hundreds of nukes and Washington thousands, suggesting that such firepower would deter any Iranian action.

Former Secretary of State and Bloom Energy Board member Colin Powell speaks during a Bloom Energy product launch on February 24, 2010, at the eBay headquarters in San Jose, California.

A leaked email allegedly from Powell sees him say that Israel has 200 nukes in its arsenal, something that Israel rarely talks about.“Negotiators can’t get what he (Netanyahu) wants. Anyway, Iranians can’t use one if they finally make one. The boys in Tehran know Israel has 200, all targeted on Tehran, and we have thousands,” he allegedly wrote.“As Akmdinijad (sic) [said]: ‘What would we do with one? Polish it?’

I have spoken publicly about both NK (North Korea) and Iran. We’ll blow up the only thing they care about—regime survival. Where, how would they even test one?” he said, referring to the former Iranian President Mahmoud Ahmadinejad.

Hacker group DCLeaks, which has reported ties to Russian news, released a slew of emails from Powell Wednesday, which were later reviewed by US foreign policy blog LobeLog. Powell’s aides have confirmed the veracity of the leaked emails.

The four-star US general went on to publicly support the Iranian nuclear deal, saying that “it’s a fairly serious deal.”

Netanyahu was a vocal antagonist of the Iranian nuclear deal, considering that it could speed up the country’s path towards building up a nuclear weapon through the freeing of millions of dollars in funds previously held back by an international sanctions regime placed on Tehran’s economy. Iran’s conservative leadership regularly threatens Israel with destruction.

The nuclear deal, signed between Iran and world powers, traded a pulling back of Iran’s nuclear program for a lifting of the sanctions on its economy.

Just about in the Israeli elite believe that the money that Iran will obtain through the lifting of sanctions will be spread to finance its proxy groups that are in conflict with Israel, such as Lebanese Shiite militant group Hezbollah and Palestinian militant group Hamas in Gaza.