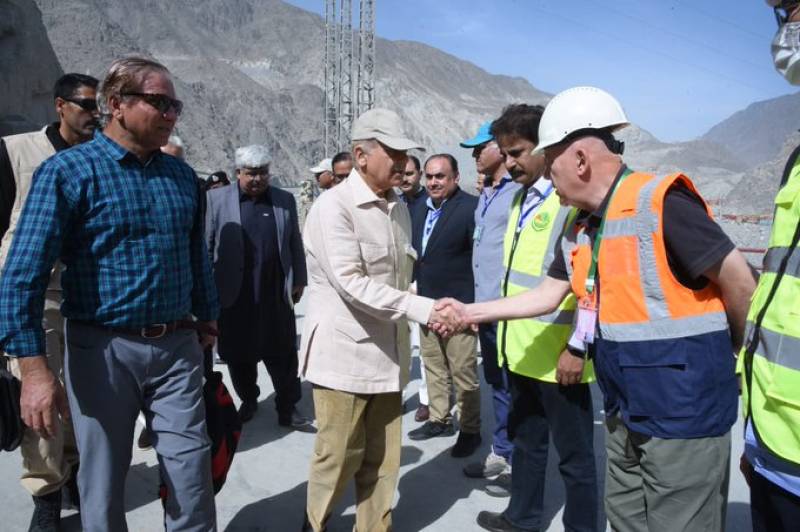 He passed these directives during his visit to Diamer Bhasha Dam’s site.

Shehbaz Sharif said that the project was started by his brother and former prime minister Nawaz Sharif in 2016 and it was advanced by his successor Shahid Khaqan Abbasi.

“There is a need to think seriously about starting a powerhouse here and to encourage international investors to invest here,” the premier said.

He said that Diamer Bhasha Dam would play a key role in improving Pakistan’s economy as well as irrigating its agricultural lands.

PM Shehbaz Sharif went on to say that he has been getting briefings on different ministries and departments since he has taken charge as the prime minister of Pakistan.

The prime minister further stated that non-hydel power plants for thousands of megawatts of electricity are inactive. He said that there is neither abundant oil nor gas.

The premier vowed to tell the nation facts in this regard and said he will cease to be a “servant” of Pakistan the day he tried to distort the facts.

The prime minister reached the construction site where he was given a briefing on the project.

The premier directed the completion of this project by September 1, 2022, noting that the project was almost stalled for many months. He also ordered an inquiry for the reasons behind the delay, and audit of the project by a third party.

PM Shehbaz said that public interest projects should be completed within the stipulated period of time.