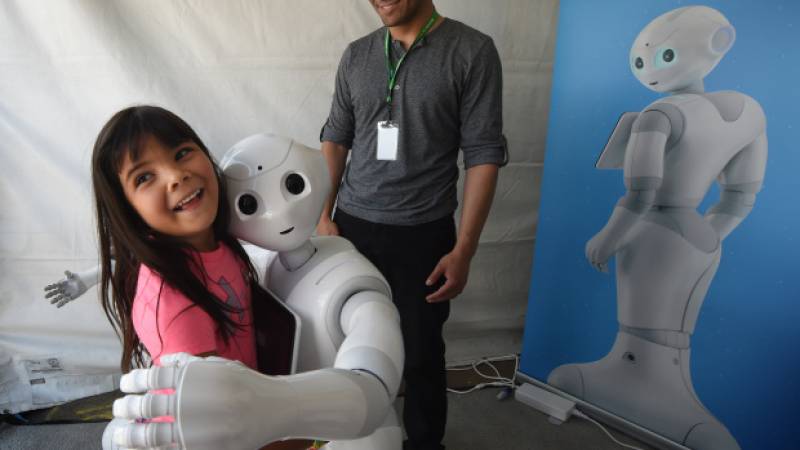 WASHINGTON (Web Desk) - In a major technological development, scientists have built a 'mother' robot that can build babies out of mechanised blocks, and then create new ones that evolve from the previous generation.

The findings show that robots can be able to evolve on their own, in the same way in which animals and humans do.

Like biological evolution, the robots mother could look out for the best traits in her children, and then use those to improve the following generations of robots.

In five different experiments, robot set the mother — which looks like a big robotic arm — to work building generations of ten different children. They were built out of small plastic cubes with motors inside.

Each of the robots carries a "genome", made up of different genes, like humans do. As the generations were built, they passed them down, mutated and crossed over, deleting and merging genes to choose the most effective.

During the experiment, the children were tested to see how far they could travel in a given time.

The characteristics of the winning robots would be kept, while the losing ones would be discarded. The process of robot evolution could give us some insight into how humans came about too, according to the researchers.