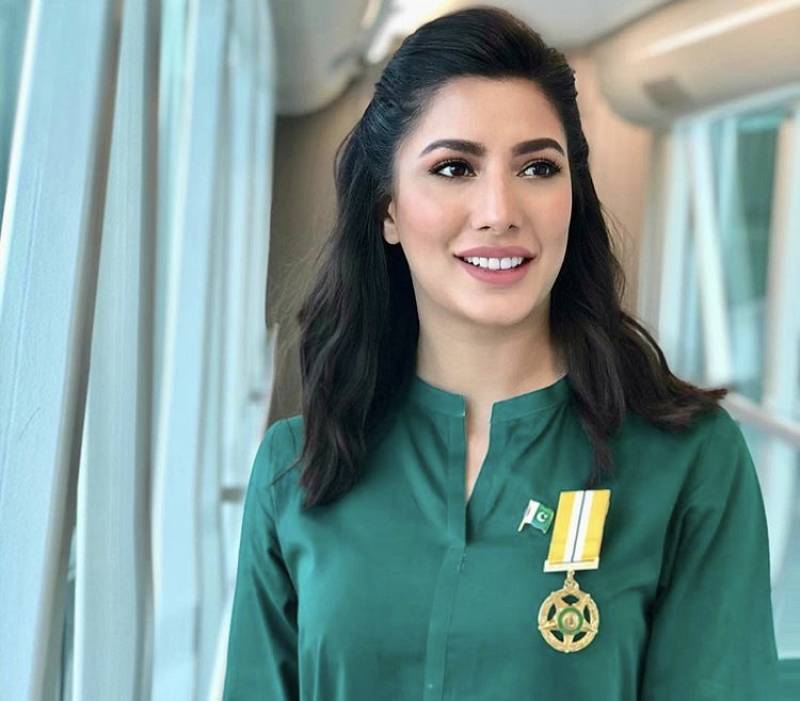 LAHORE- Actor Mehwish Hayat, who recently spoke about how Bollywood and Hollywood both tarnished the image of Pakistan across audiences’ globally, slams Priyanka Chopra for her faux celebrity activism.

At a BeautyCon appearance last week, a Pakistani girl named Ayesha Malik couldn't resist but call out Priyanka Chopra for being a hypocrite.

The actor responded to Malik’s query by saying, “I have many, many friends from Pakistan and I am from India. War is not something I’m really fond of but I am patriotic, so I’m sorry if I hurt sentiments of people who do love me and have loved me. But I think that all of us have a, sort of, middle ground that we all have to walk. Just like you probably do as well. The way that you came at me right now… girl, don’t yell. We’re all here for love.”

Priyanka has since drawn major flak for her rude response with the latest being Mehwish. The Load Wedding star penned an op-ed for CNN, calling out fake celebrity activism and the responsibility that comes with being an influential personality.

“Chopra's response to her questioner in LA, as well as the February tweet, did have the effect of both shining a light on the crisis in Kashmir, and forcing many of us to think about celebrity activism, its uses -- and its abuses."

"Celebrities who act as charity spokespeople should always focus on humanitarianism. Chopra -- again, a UNICEF Goodwill Ambassador -- should not be using her voice to legitimise a regime opposed to the values she claims to represent,” said Hayat.

"Rather than use her position as a US-based celebrity to broaden what it means to be an Indian celebrity, she has fallen into the same jingoistic role that her fellow countrymen are forced to adopt at home."

She went on to say, "It's this kind of failure that tempts many observers to insist that celebrities stay out of politics completely. Just look at the damage those ill-informed starlets can cause, they say, wading into issues they know nothing about. They should shut up and stick to entertaining us -- in silence"

Mehwish also talked about her struggles with using influence positively and picking her battles carefully.

"This is where Priyanka Chopra and others have made a mistake: by lending their name to racism dressed up as patriotism, they have done us all a disservice."

Mehwish further added, “It is human suffering that those with a platform must focus on. It also falls on other film industries, including my own in Pakistan, to counter the negative stereotypes pumped out in Bollywood... That might be less lucrative or effortless than the alternative, but it is what humanity needs to see -- on screen, and on the streets."

"It is something I would love to work with my Indian colleagues on -- including Priyanka Chopra."