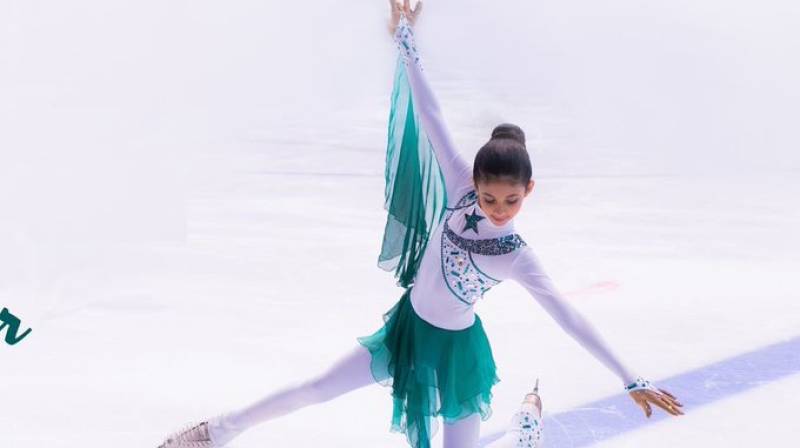 ISLAMABAD – Mallak Faisal Zafar, a twelve-year-old Pakistani girl, won an international competition for figure skating in Austria, beating hundreds of other contestants from around the world.

According to reports, Zafar was a part of the two-day Basic Novice Girls II category in the competition and came out first in the category while she was competing against skaters from Germany, Switzerland, Italy, Sweden, as well as Austria itself and other countries.

Mallak Faisal Zafar - I would like to dedicate this performance to all who are supporting me in my journey. Shukria Pakistan. #iBleedGreen #firstpakistanifigureskater pic.twitter.com/IeH2of2AVd

Zafar, who only began to figure skate at the age of five, has set the bar very high for other Pakistani men and women interested in the sport of figure skating.

Mallak Faisal Zafar, who stepped into the world of figure skating at the age of five, has now won her first international award in Austria.

During the event over 200 participants from Austria, Germany, Italy, Switzerland, and a number of other countries competed at this popular Interclub Singles Competition for Seniors, Juniors, Advanced Novice, Intermediate Novice, Basic Novice, Cubs and Chicks.

Mallak Faisal Zafar, surprised the country when she became the first Pakistani citizen to win a competition of figure skating in Austria; she aims  to represent Pakistan at the Winter Olympics.