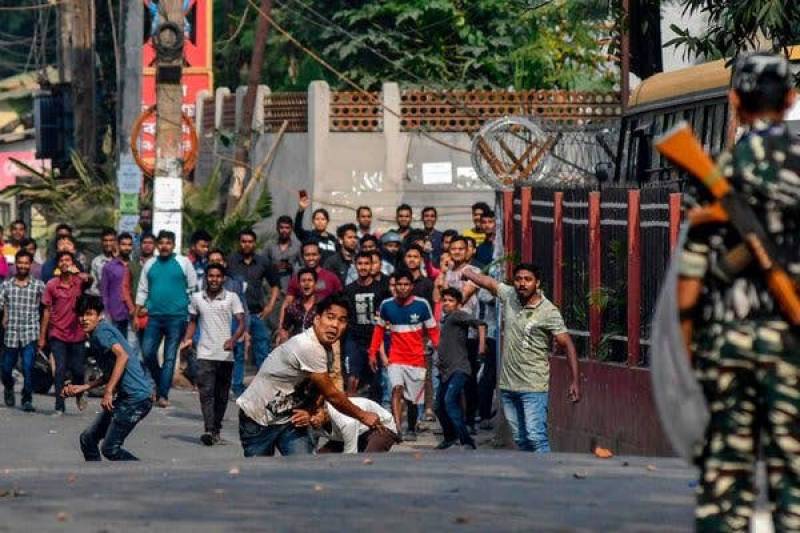 According to Indian Media, protestors, angry at a law entitling citizenship to some non-Muslim migrants from three Muslim-majority countries, staged large rallies in the capital Delhi, Mumbai, Hyderabad and Kolkata.

At least six people lost their lives amid the protests began in the north-eastern state of Assam last Thursday.

The violent protests spread rapidly to other parts of northern and eastern India .

Four public buses and two police vehicles were torched during clashes between protesters and police near Jamia Millia Islamia in New Delhi during a demonstration against the Modi's ideology, leaving at least 60 persons, including students, policemen and firefighters injured.

The police used batons and teargas shells to disperse the protesters and entered the Jamia university campus, detaining several students. A Jamia students' body accused the police of high-handedness.

Later in the evening, students of Jawaharlal Nehru University (JNU) held a protest outside the Police headquarters in central Delhi against the police action at Jamia University and the standoff continued till late in the night.

Commuters faced a harrowing time as traffic was thrown out of gear for several hours in the areas gripped by tension after the clash and Delhi Metro shut over a dozen stations.