Our work in Afghanistan still not complete: US military chief 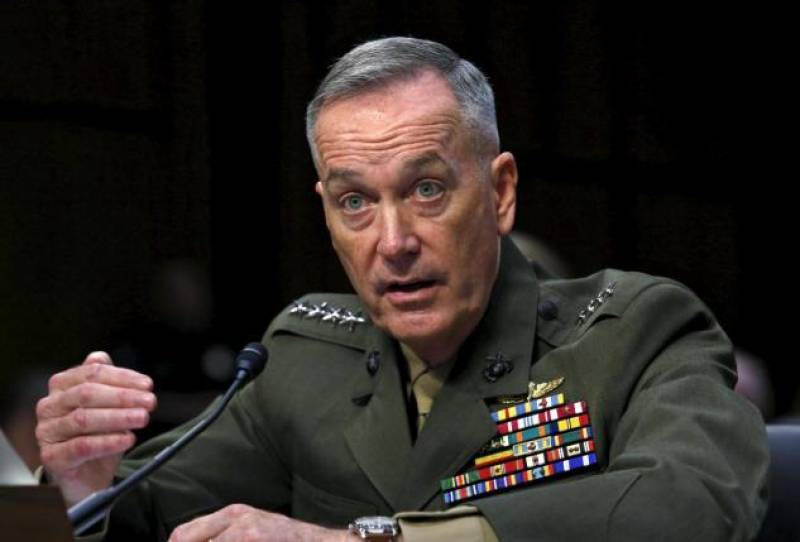 WASHINGTON - United States' military chief Gen. Joseph F. Dunford said that the US task in Afghanistan was still a work in progress and could not be completed in the near future. He said this while addressing a routine Pentagon news briefing on Monday afternoon.

During the briefing, he said that President Obama had also realized that the crisis in Afghanistan would not be solved by the end of his term, which is why he had approved to keep thousands troops in Afghanistan till 2017.

Gen Dunford said that there had been more civilian causalities in the first six months of this year compared to the same period of the any previous six years. However, he added that the increased authorizations offered to US forces by Obama would ensure success of the Afghan troops this fighting season.

Last month, Obama allowed US aircraft, previously limited to protecting and rescuing American troops, to support the Afghan Military missions with air strikes. He also announced that almost 8,400 US troops would remain in Afghanistan till the end of his administration.

At a NATO summit in Warsaw earlier this month, coalition partners also  decided to continue their financial support to US troops in the war-torn country till the year 2020.