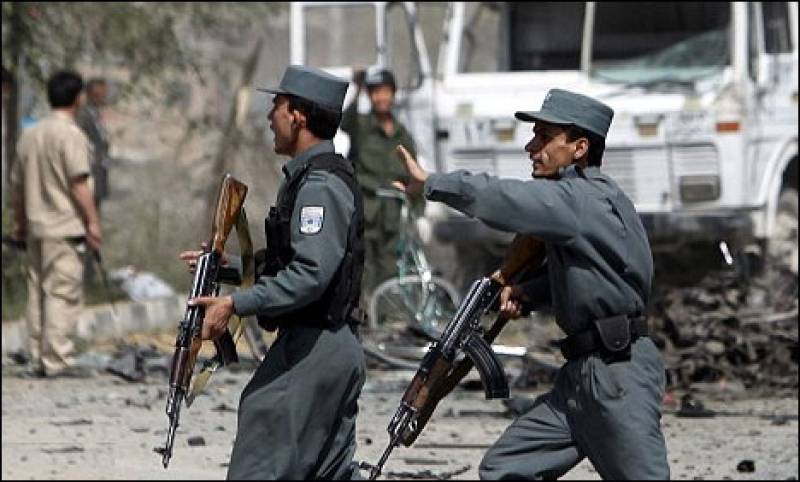 KANDAHAR (Web Desk): At least 20 Afghan policemen were killed on Tuesday in a Taliban attack near Kabul, bringing to 26 the number of officers to die since the start of an army offensive aimed at weakening the insurgents.

The attack came as police and troops, in their first major assault since US-led NATO forces ended their combat mission last December, began targeting militants on Monday in restive Helmand province, a hotbed of the Taliban insurgency and a hub for drug trafficking.

The defence ministry said 76 insurgents were killed on Monday, the first day of the operation, which will also target militants in six districts in neighbouring Kandahar, Farah, and Uruzgan provinces.

The offensive is designed to hurt the Taliban before the start of the so-called "fighting season".

"This is a totally Afghan-planned and Afghan-led operation. It will continue until success is achieved," said General Abdul Khaliq, who commands the operation.

The Taliban´s spokesman was not immediately available for comment.

The defence ministry said the assault, code-named "Zolfiqar", was the first in a planned series of large-scale operations by Afghan forces after NATO ended its combat mission in December.

"This is not the first and will be not be the last operation against the Taliban and their allies," said ministry spokesman General Dawlat Waziri.

Experts and Afghan military officials anticipate a surge in Taliban violence with the start of the traditional spring and summer fighting season in April or May.

Some observers have warned that unusually early warm weather this year may have already encouraged militants to venture out of their hideouts in the rugged mountainous area along the border with Pakistan.