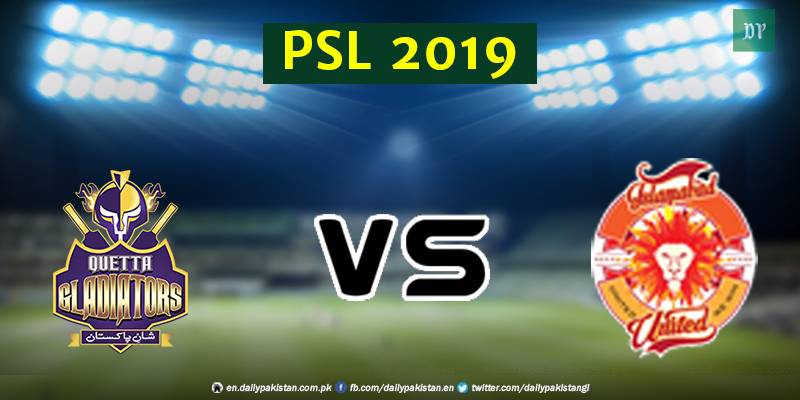 Can @TeamQuetta chase it down like their previous match? Or we are up for a thriller.

On the other hand, Quetta Gladiators have shown an excellent performance in the previous match by beating Peshawar Zalmi by six wickets in the 3rd match of PSL 2019.

Sarfaraz Ahmed, the Pakistan skipper and wicketkeeper-batsman, is captaining Quetta Gladiators in his fourth consecutive season.

We are back with another exciting game. United want to regain the winning momentum and Gladiators are all set continue their winning run. Who will prevail?#IUvQG #HBLPSL #KhelDeewanoKa pic.twitter.com/kvRpfEQm5L