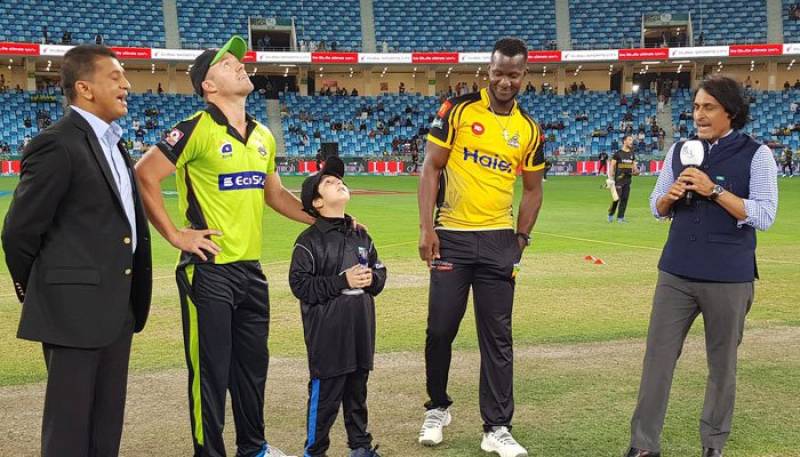 Sent in to bat first, Lahore Qalandars were all out in 15.1 overs. Anton Devcich was the top-scorer with 18 runs while skipper AB de Villiers and Agha Salman scored 14 and 13 runs respectively.

In chase of a 79-run target, Peshawar Zalmi lost two quick wickets put the side were back on track as Umar Amin single-handedly helped the side to victory.

He scored 61 runs off 39 balls with the help of 10 boundaries and a maximum.

AB de Villiers is captaining Qalandars as Hafeez has been advised to rest for a few days following initial scans conducted after he was hit on the thumb.

Earlier, Qalandars beat Kings on Saturday. Peshawar Zalmi will be wary of Qalandars quicks, especially after failing to impress with the bat in their first match of the tournament against old rivals Quetta Gladiators.

Peshawar Zalmi played one match and zero points while Lahore Qalandars played two matches one lost and one win got points so far in the tournament.