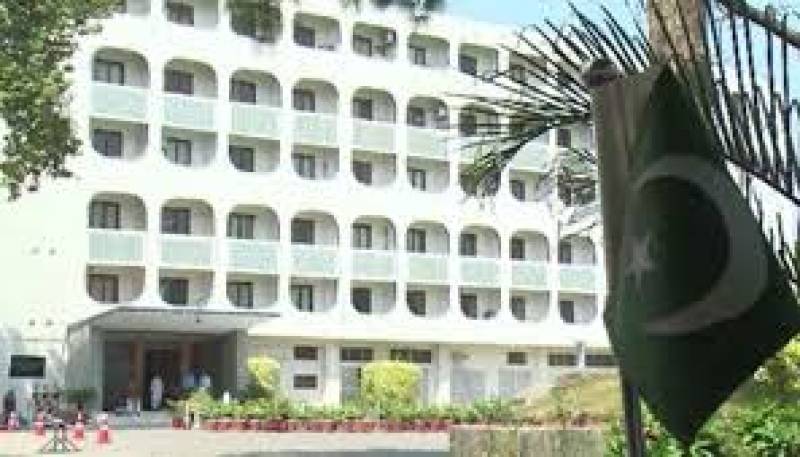 A statement issued by the Foreign Office said, the former Indian army chief at an event Raisina Dialouge 2020 made "the repugnant suggestion of putting young Kashmiri children in “de-radicalization camps”, and seeking to place Pakistan on FATF blacklist".

"These remarks are reflective of the extremist mindset and bankrupt thinking that have evidently also permeated the state institutions of India," it added.

NEW DELHI - India has devised a plan to set up Nazi-type concentration camps for Kashmiri youth to starve, torture and ...

As a perpetrator of unabated state-terrorism in the Indian Occupied Jammu & Kashmir (IOJ&K), India is in no position to pontificate on the issue of terrorism.

The IOJ&K has already been turned into the world’s largest prison camp with 8 million Kashmiris incarcerated there since 5 August 2019.

With over 900,000 Indian occupation forces perpetrating egregious violations of human rights; draconian laws such as Armed Forces Special Powers Act (AFSPA) and Public Safety Act (PSA) enabling them complete impunity; and over 13,000 young Kashmiri boys abducted from their homes and away from their families, Gen. Rawat’s talk of “deradicalization camps” for Kashmiri children is simply despicable. It cannot be condemned enough.

Gen. Rawat’s remarks on FATF are further proof of India’s repeated attempts to politicize FATF’s technical proceedings for advancing its narrow, partisan objectives. Pakistan has consistently sensitized the world community about India’s malicious campaign in this regard. We expect that the FATF members would reject these Indian machinations.

"We also expect that the world community would take cognizance of the BJP Government’s desperate attempts to divert attention from the unacceptable situation in IOJ&K, growing domestic protest against discriminatory laws and practices, and its unabashed animus towards India’s minorities. India must be held accountable for its illegal actions."