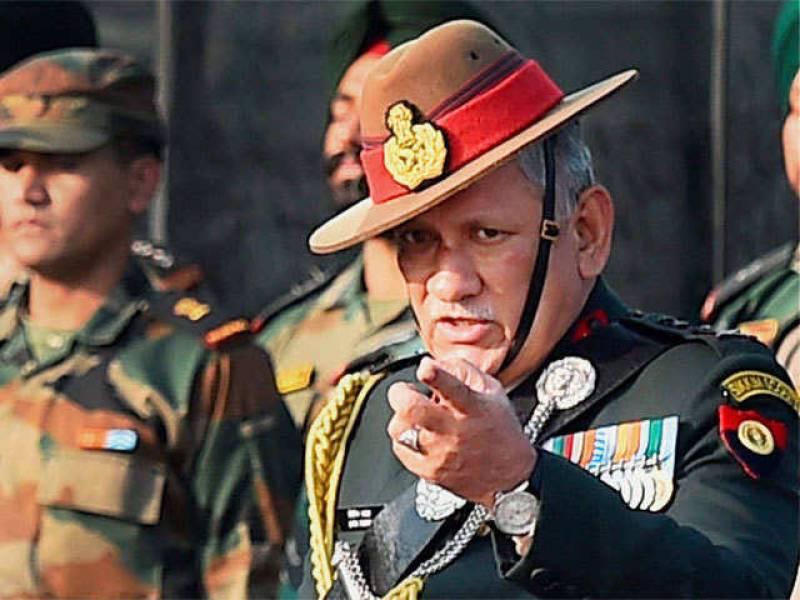 NEW DELHI - India has devised a plan to set up Nazi-type concentration camps for Kashmiri youth to starve, torture and kill them in In occupied Kashmir.

Addressing a conference in New Delhi, warmonger former Indian Army Chief General Bipin Rawat has given a clear indication of the plan.

He said that young Kashmiri children are being radicalized and they need to be identified and put in de-radicalization camps.

Meanwhile, All Parties Hurriyat Conference and other liberation organizations in their statements have said that in the name of de- radicalization, the Kashmiri youth would be tortured in new camps, the Radio Pakistan reported.

They also appealed to world human rights organizations to take cognizance of Indian atrocities in Occupied Kashmir and impress upon New Delhi to give Kashmiris their right to self-determination.