Pakistan to tell US it will not be part of any conflict: FM Qureshi 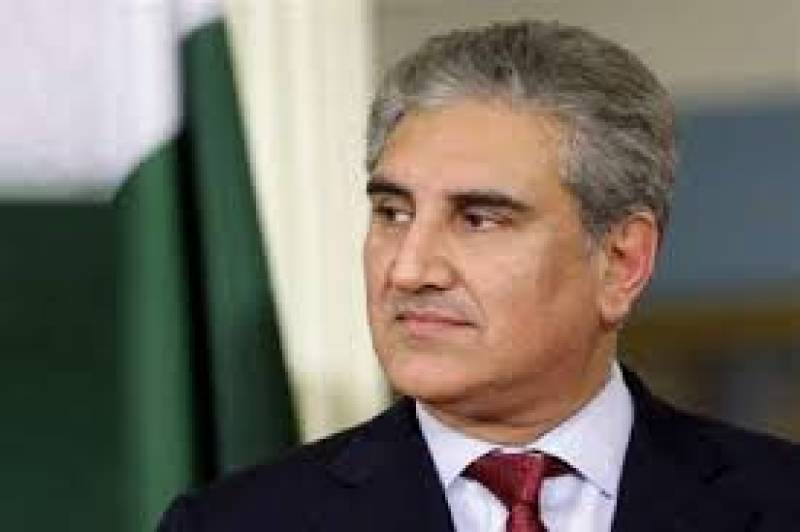 WASHINGTON - Pakistani Foreign Minister Shah Mahmood Qureshi said that during remarks at the Center for Strategic and International Studies that he will inform the Trump administration Pakistan has close relations with Iran and Saudi Arabia and will not be part of any conflict in the Persian Gulf.

"I've been instructed by the Prime Minister [Imran Khan] to convey Pakistan's message in all three capitals - that is, Tehran, Riyadh and Washington - Pakistan will only be a partner for peace, it will not be a part of any war in the region," Qureshi said on Thursday. "Pakistan has close ties with both Saudi Arabia and Iran."

Reporting no casualties and only minimal damage, the United States responded with sanctioning 17 Iranian metals producers and mining companies as well as eight senior officials.

Qureshi said he believes Iran is not in the mood for a war and has indicated that its leadership is willing to revisit some of its foreign policies in addition to holding talks with countries in the region.

Iran's policies have pushed the country into isolation and it is time for them to re-engage, he added.

Qureshi underscored that US sanctions on Iran are hurting the citizens in the country.

Pakistan overall welcomes the indication that the United States and Iran have de-escalated tensions, Qureshi said.