KFC sells ‘Fried Rat’ to customer instead of chicken wings 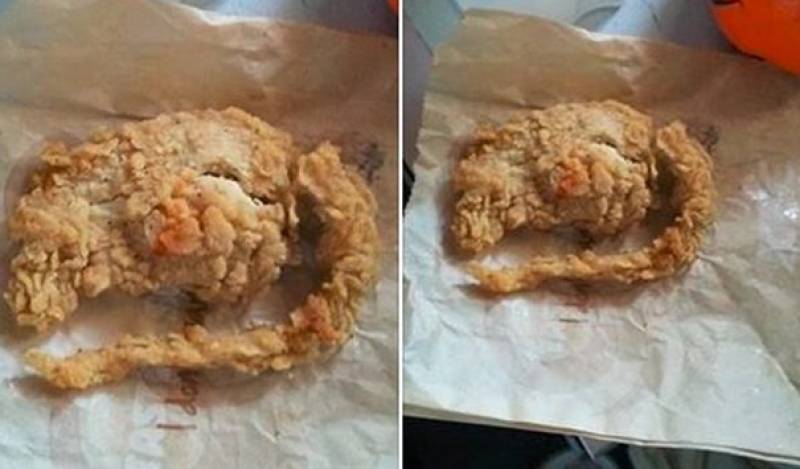 CALIFORNIA (Web Desk) - Kentucky Fried Chicken (KFC) was strolled across the social media after a man in the US claimed that he found a deep fried rat in his takeaway, daily Mirror reported.

Devorise Dixon said he spotted a ‘tail’ in a strangely shaped chicken bread which he purchased from the California outlet of the fast food chain. He said when he made a closer inspection, it turned out to be a fried rat.

The disturbed customer has also posted the pictures on Facebook which sparked off a wide-spread debate.

Dixon also claimed that he went back to the outlet and the manager, on realizing that it was a rat, apologised to him.

His Facebook post reads: “It sent deep chills throughout my whole body! I’ve been feeling weird ever since. It’s time for a lawyer, be safe don’t eat fast food!” He has also posted a video on the social networking site.

It’s not immediately known that whether Dixon has filed a case against the company.