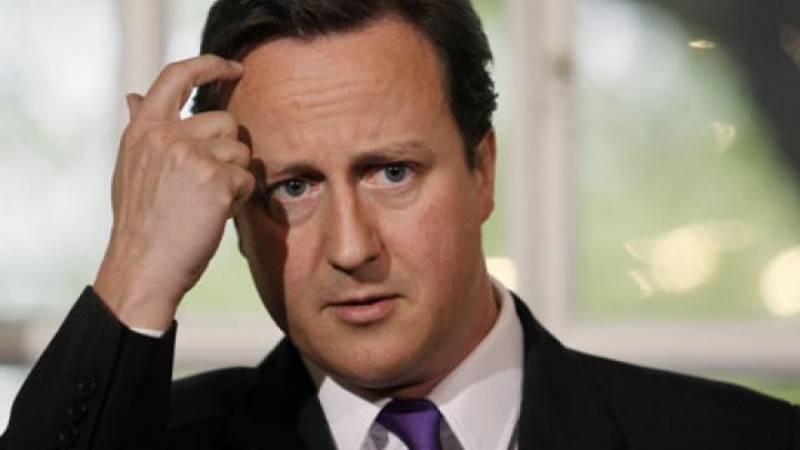 LAHORE (Staff Report) - British Prime Minister David Cameron has sent his best wishes to the Pakistan cricket team for their tour to England and also hoped that one day he will also be wishing the England cricket team for a successful tour of Pakistan.

The British High Commissioner to Pakistan, Thomas Drew CMG, hosted an Iftar dinner for the Pakistan Men's Cricket Team and the Pakistan Cricket Board on Thursday, said a press release issued here.

On the occasion, the High Commissioner passed on a message from the British Prime Minister David Cameron written especially for the dinner. The Prime Minister's message said, "A UK tour by Pakistan's cricket teams is always an exciting prospect and I am sure we can expect some exceptional cricket this summer. But this trip also provides an opportunity to pause to reflect on, and celebrate, the wider historical, cultural and community links that exist between our two great cricketing nations.

"As you break your fast together on the eve of your departure to the UK, please accept my very best wishes for the Holy month of Ramadan. I hope that both the men and women's teams have a fantastic stay in Britain. And I hope that one day in the not too distant future I will be able to wish the England cricket team a successful tour of Pakistan."

Thomas Drew also extended his best wishes to both England and Pakistan saying this is a significant event for him because of the power of sport to achieve all the things that he, as a diplomat, try to do to bring two countries together. "Our respective cricket teams (Men and Women's) have ambassadorial powers that I can only dream of," he said.

Speaking on the occasion, PCB Chairman Shaharyar Khan, while thanking Thomas Drew and the BHC staff for their hospitality and thoughtfulness said cricketing relations between England and Pakistan have always been characterised by great and highly entertaining rivalry. From its first tour after its recognition, Pakistan's most memorable Test victory at the Oval gave the then nascent nation its first cricketing superstar in Fazal Mahmood. "Manager Intikhab Alam, who having kippered Pakistan on 1971 and 1974 tours and having represented Surrey for decades on end, is no stranger to England. The team is indeed backed by a support staff second to none.

"I am positive that the squad under Misbah-ul- Haq shall give a good account of itself on the forthcoming tour, not only on the field of play but also in terms of winning friends through impeccable display of grace and sportsmanship.

"I would say, play hard, giving no quarter to England for under Alastair Cook they are too good an outfit to not make you

regret it," he said. Chairman Executive Committee, Najam Sethi, was also present at the occasion.