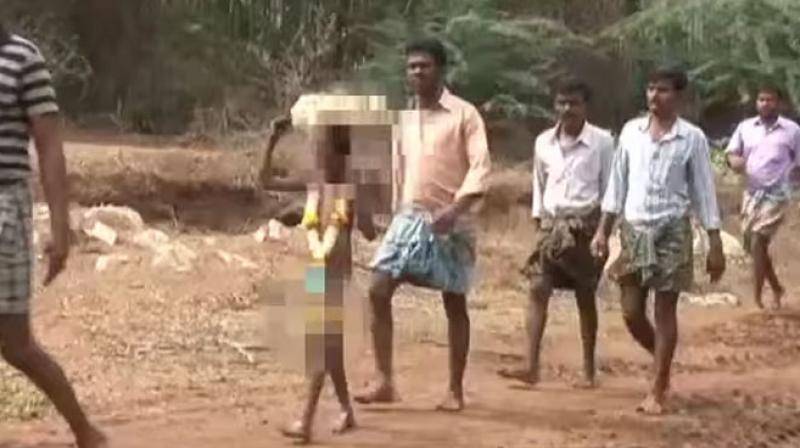 CHITRADURGA, India (Web Desk) - In a rare and novel incident of ritual, a teenage boy was paraded naked at a drought-hit village in Chitradurga district in India to please the rain god here the other day.

According to Indian media reports, several parts of India have been facing a severe heat wave and a long spell of drought this year, with several villages resorting to desperate measures to find water.

The incident happened in Pandarahalli on June 10 with the video of the incident going viral. The video shows water being poured upon the boy, after which villagers performed pooja. The naked boy is then made to carry the idol in the village amid some chanting and beating of drum by the villagers.

The boy is later offered new clothes as per the practice prevalent in the village to propitiate the rain god. According to the villagers, an adolescent boy is chosen for the ritual.