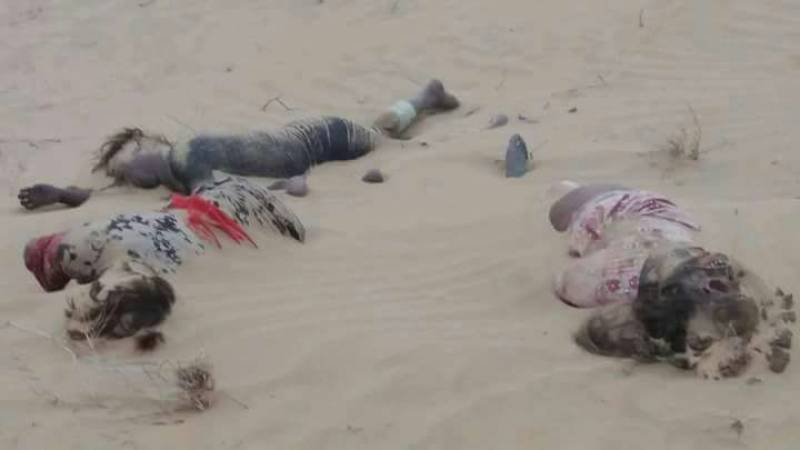 BAHAWALPUR - In a tragic turn of events, bodies of three girls were recovered from Cholistan desert on Saturday.

The daughters of a local farmer, Naseer Ahmad, were on their way to their fields in Fort Abbas area but lost their way back amid scorching heat.

The girls got stuck in a climate with a 45-degree temperature and air blowing at 97 km per hour.

The relatives of the girls started rescue operation on their own when they did not arrive at home earlier this week.

Their bodies were found buried under the sand after three days of the rescue operation. The grieved family said that no one came for their help.

Had the government machinery been there the life of girls could have been saved, they said.

Fort Abbas is a tehsil of Bahawalnagar District, in southern Punjab. It is famous for its desert Cholistan. The Fort Of DIRAVAR is also situated in Fort Abbas, where the Cholistan Desert Rally is conducted every year.

The city is surrounded by forests, deserts and agricultural land. The land of Fort Abbas is highly fertile, but there is a shortage of water, causing much of the fertile land to be left uncultivated.