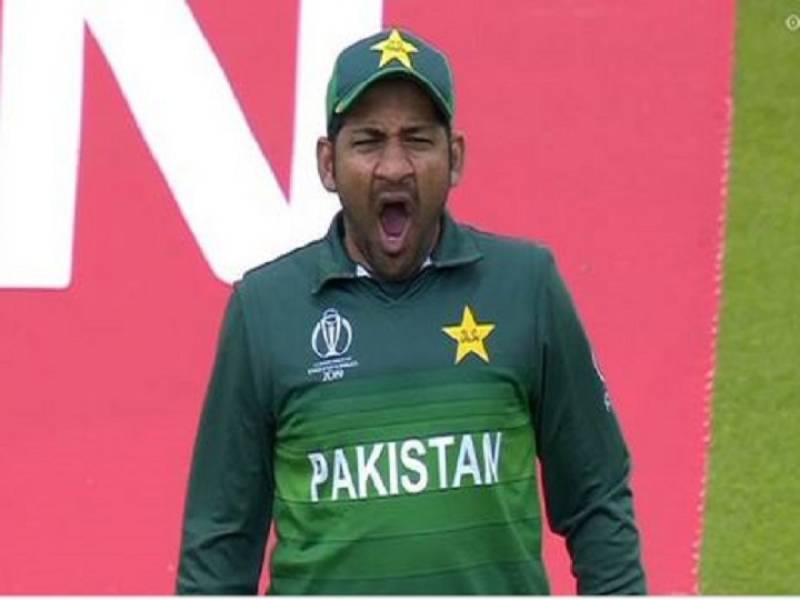 LAHORE- Pakistan cricket team captain Sarfraz Ahmed faced the ire on social media platforms for being ‘lazy’ during the clash against India. He was spotted ”yawning’ behind the stumps and that was captured by photographers.

It was a long-awaited match and hopes ran high, but Pakistan, who opted to bowl first, did not manage to restrain the Indian side who went on to set a target of 337 runs.

Pakistani cricket fans are used to being disappointed, after the crushing defeat from India, Pakistani fans have found humour as a coping mechanism to deal with the situation. From the meme-able yawn of the Pakistani captain Sarfraz Ahmed to him ignoring the Prime Minister’s advise and choosing to bowl first – politicians, cricketers and celebrities and literally everyone took to Twitter to express their disappointment over losing the game yesterday.

The Sarfarz memes and comments have begun and we don't know where to start.

As much as I love my country and team, the truth is that India has a better cricket team. There was a time when we were a tough competition for India, not anymore. Very disappointing.

Disappointed & heartbroken on seeing Pakistan's approach. We are still in the World Cup though. Will have to win all the remaining matches. #IndVsPak #cwc2019

Have more to add to the story? Comment below to share your thoughts and stay tuned for more updates!